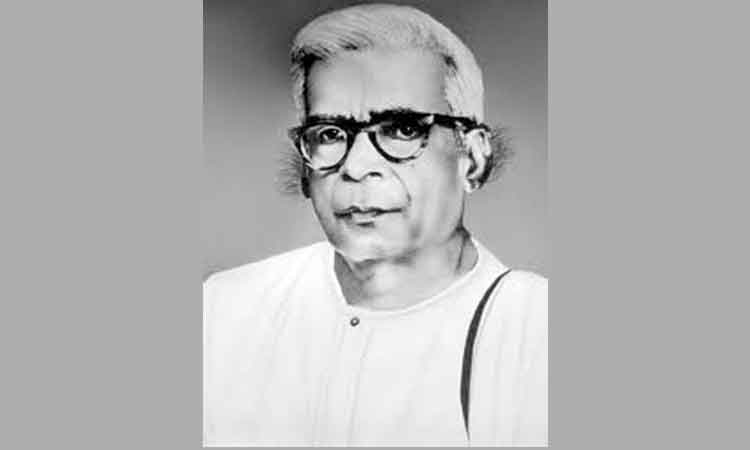 The state of Kerala was created 59 years ago on November 1st. Unfortunately, we forget the hero who played a vital role in the unification of the Malayalam speaking areas into a full-fledged State. His story is the story of self-sacrifice of a man who had no spiritual faith during his youth but later spent his entire life for Revival of Hindu temples.

K. Kelappan aka Kelappaji who earned the epithet of âKerala Gandhiâ was a Gandhian, Freedom fighter, socialist thinker, Hindu reformist, and the greatest political figure from Kerala. He was born in August 24th, 1889 in Muchukunnu, near Kozhikode in North Malabar. When Nair Sabha (later known as Nair Service society) was formed in 1914, Kelappan actively worked for the upliftment of Nair community and became its President later on. In 1920, as a law student in Bombay, young Kelappan was attracted to Gandhijiâs ideas and joined the Independence movement. He used the philosophy of Ahimsa for the first time against the atrocities during the Mopla riots of 1921. An unfazed Kelappaji confronted the rioters who were moving towards Ponnani fearlessly. Interestingly, he started his public life by speaking up for the Hindu community and continued till his end.

In 1922, after Gandhiji stopped Non-Cooperation Movement, Kelappaji spent his time to unite Hindus, end untouchability and to serve the Harijans. Kelappaji with T.K.Madhavan of Travancore brought in a resolution for the removal of untouchability and reforms in the Hindu religion. They formed a committee and organized Vaikam and Guruvayur Satyagraha. Although he was a Nair, he never used the caste tail in his name. He was totally different from E.M.S âNamboothiripaduâ. Like Gandhiji, he also believed it was better to practice his principles for the society to follow. A.K.Gopalan Nambiar (AKG), one of the beloved followers of Kelappaji, who also took part in the historic Guruvayur Satyagraha, gained his popularity due to his proximity to Kelappaji. It was Kelappajiâs 12-day hunger strike which opened the doors of Sri Guruvayur temple for the devotees of all castes. Sadly, we failed to give him his due.

âKelappan was the leader of Guruvayur Satyagraha. However, he was ignored while memorials were set up for leaders AKG and Krishna Pillai on the anniversary of Satyagraha,â says noted Historian MGS Narayanan

Kelappaji attained the stature of an undeniable mass leader through his heroic role in Salt Satyagraha at Payyannur during the Civil Disobedience Movement. Although he was the first President of the Congress Socialist Party in Kerala, he remained a devout Gandhian. Therefore, he had to keep his distance once the Socialists turned out to be critical of Gandhi and Gandhian philosophy. He remained a staunch Gandhian even though the Socialists under Krishna Pillai and EMS moved towards Communism and Stalin. Between 1937 and 1949, Kelappaji fought against Stalinist ideology which was also why he lost his place in the good books of our âeminent intellectualsâ.

Recently, historian M.G.S.Narayanan has revealed that there are historical documents to prove that the Communist party had decided to eliminate the leaders - K. Kelappan, Samuel Aron and Kozhippurath Madhava Menon. âIt was the Communist Partyâs programme to liquidate those who dissented. The plan was to secretly commit the murder and put the blame on others. However, the party could not execute the plan,â he said.

Since 1952, Kelappaji turned his attention into Sarvodaya movement. Although he won the Parliament Election in 1952 from the Ponnani constituency, he ran to Mayyazhi to join the freedom struggle against French. In 1957, he organized a Satyagraha agitation until the participants of Vimochanasamaram (Liberation Strike) promised him that it would not become violent.

Soon he realized that not only Kerala politics but also the Sarvodaya Movement was inept for the upliftment of Hindu population. He formed âMalabar Kshetra Samrakshana Samitiâ to renovate and restore numerous small and great temples of Malabar which had been demolished during Tipu Sultanâs invasions. According to him, Temple renovation was essential for the enrichment of the Hindu Community. He started this movement with the renovation activities of Angadipuram Thali Temple in 1968. Kelappaji himself has once confessed that this was the most complex struggle he had ever participated in.

Both the Muslim community and the Government under the Communists - who carved a Muslim dominant Malappuram district for political appeasement - opposed the Temple restoration activities. All these years the Shivalinga of the Thali temple was lying on the streets. Kelappaji requested the government under Chief Minister EMS Nambuthiripadu to allow the Govt. Land where the holy Linga lay for building the Temple. But EMS denied the request and asked to take the Shivalinga to somewhere else and build the Temple. The Government even fenced the land declaring it as an Archaeological site and restricted entry to the public. Disillusioned public including women broke into the Temple land. Many people were injured by Police lathi charge. Although the Government tried to persuade Kelappaji to stop the agitation, he strongly declared, that there wouldnât be any negotiation or compromise without the land. Knowing Kelappajiâs perseverance, EMS issued the land for temple construction. This event is one of the historic moments of modern Kerala, but we hardly learn about it from any mainstream discussions. Mothers started a great mass movement âPidiyari Prasthanamâ (a fist full of rice movement) to fund the temple construction activities. His Holy Chinmayanada Swamiji also donated Seventeen Thousand rupees. Before the temple work had been finished, on 7th October 1971, Kelappaji left our world. Still Angadippuram Thali Mahadeva Kshetra stands tall near Perinthalmanna in Malappuram district of Kerala.

Until his death, Kelappaji spent his whole life to resolve the fundamental problems of the people of our land. He ardently fought against the evils of Communalism, colonialism, Caste and class discriminations, and Stalinist terror. Ungratefully we left this great man who led all the major agitations in Kerala and played the most significant role in the modern history of Kerala in the backyards of History books.

The causes for which Kelappaji stood strong are alive and significant even after 59 years of formation of the modern state of Kerala.