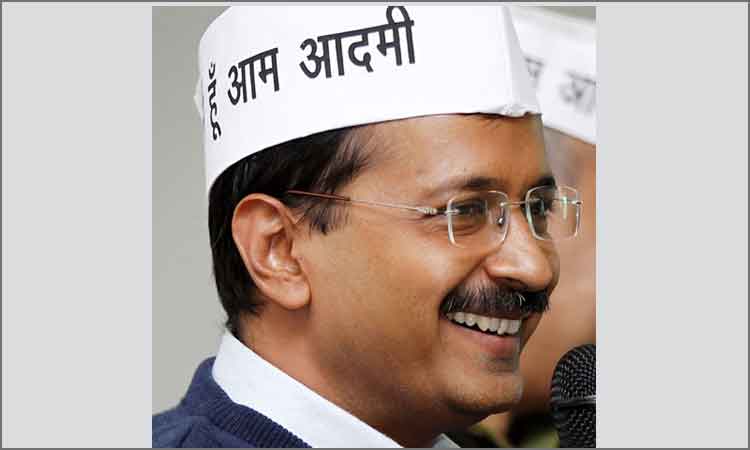 âCentre returns 14 bills to Delhi govt., Kejriwal fumesâ â screamed almost every headline in the country. Few of them gave us details of âsome of the bills returnedâ. Few quoted officials and âsourcesâ to explain why the bills have been returned. While AAP and Arvind Kejriwal resorted to their all familiar drama, as always, nuance and facts took a backseat in the main stream media.

So I went about checking about what exactly this âreturningâ business is about. The list of Delhi Assembly bills is here. I will elucidate on a few cases below.

Remember, the furore over this? The âideal politicianâ, Arvind Kejriwal, decides to increase the salaries of MLAs, Ministers, himself by nearly 400%. And when questioned about this move, he goes on a tangent and asks if Arnab Goswami earns 5 crore per year!

Anyways, coming back to the point â the Delhi government had to introduce 5, yes *FIVE*, bills to affect this increase. 5 out of the 14 bills returned relate to increase in the salary.

What the verbiage means is this -  If any bill imposes any financial obligations on the government, it has to first go to the LG and not to the Delhi Assembly. This rule is not picked up from random website or from a âsourceâ â this is picked up the official website of the Delhi Assembly!

Now, if Kejriwal decides to willfully flaunt rules, and then cry victim â why is the mainstream media giving him more Oxygen, instead of questioning him on this? Why canât Kejriwal consider working within the rules? Is it because he is above the law, just because he won 67 out of 70 seats?

In 2015, a renewed version of the 2013 bill was passed by this Assembly. The 2013 bill was not allowed to be introduced in the Assembly because it does not seek LGâs approval. And in 2015, just because he has a brute majority, Kejriwal has repeated the exact same mistake. My bet â he did this knowingly.

Now, why does this bill need the LGâs approval? Letâs go back to the same section we mentioned above â setting up of Jan Lokpal institution requires money, which means âfinancial obligationâ and therefore has to first go to LG, and then to the Assembly, irrespective of the majority you have in the Assembly. And to the best of my knowledge, such institutions are funded though the âConsolidated fundâ of the government.

Secondly, and most importantly â read some clauses:

Where do we begin with, to counter this argument? Kejriwal wants powers to ask any government in the entire country to go on a wild goose chase for his allegations?

The act tactically mentions later that:

*If any law*? To utilize or prosecute employees not belonging to your government, it *is* required to show cause, and then take necessary permission. But I am sure Kejriwal knows this, and has purposely inserted this clause.

Are you afraid yet? Kejriwal wants the powers to âsummon any personâ while investigating âany matterâ. Any person, Any matter, Any where! Can you even recollect the last time such a vague law was even attempted to be written?

The key phrase being â âoccurring in the National Capital Territory of Delhiâ â which means Kejriwalâs Lokpal will have the powers to investigate central government employees too. Remember, any person, any matter, any where?!

Just for reference, letâs check out Lokayukta act of, say, Karnataka â the act is applicable to âpublic servantsâ, mainly of the state government or of any other officers deputed on duty with the state government. This is how clarity is given, and not by saying âany person, any matterâ.

And of course the caveat is this:

Good faith! Do you want to take a guess on who will get to decide âgood faithâ?

The bill has been designed for rejection. This bill has been perfectly designed for Kejriwal and company to create drama and cry victim. And of course a compliant media will ensure that only their side of the story is amplified and spread.

This is the famous âOffice of Profitâ bill that Kejriwal passed in retrospective effect. The graphic below explains the chicanery involved, so we neednât go any further.

So that completes 7 out of the 14 bills. It is amply clear that all the bills were clearly in violation of one or more laws, and therefore were designed to be rejected. What about the other 7?

There is a âFinancial memorandumâ in the âThe Delhi Urban Shelter Improvement Board (Amendment) Act 2015â â which means LGâs prior approval is needed. There is no real reason why the LG will not approve the introduction of bills such as these â all it does is changing eligibility dates to bring two laws in consonance. Kejriwal could have simply followed existing law and could have easily gotten this bill to become an act. I now begin to doubt if he wants such acts to be even passed in the first place!

The âThe Delhi Netaji Subhas University of Technology Bill, 2015â envisages conversion of the College into a University. Again â a simple following of the procedure would have ensured that this act would have been passed by now!

Fellow tweeter, Ashutosh (no, not THE Ashutosh!), has exposed in a series of tweets here, the draconian provisions of the proposed Delhi statehood bill (includes amendments to the Constitution too!). The reason for checks and balances in our governance system is precisely because of the examples like above. If getting a majority meant ignoring law, this country would have plunged into chaos long time back.

At the risk of sounding repetitive, I suspect that Kejriwal and his coterie know about this all along. The 67/70 victory has made them arrogant beyond imagination, and they are now taking their gullible supporters for a ride! I hope that this article serves as an eye-opener to all those who are willing to listen to reason.