It is TRS all the way in Telangana. BJP is slowly becoming the senior partner in NDA and TDP is nowhere in Telangana 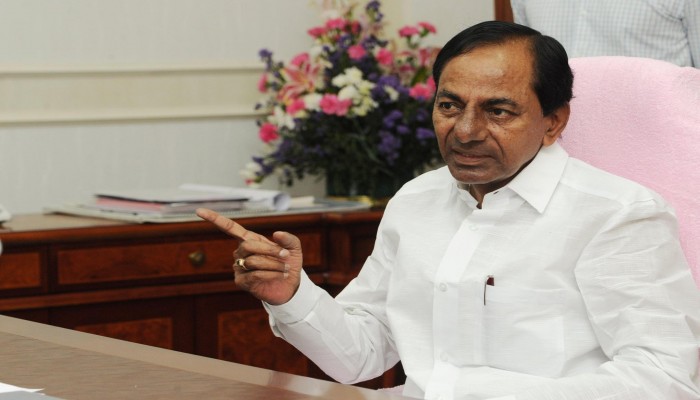 Recently, C-Voter in association with the Republic TV channel published results of a survey. In this, they have predicted that if elections were to be held today, the NDA would return to power with 335 seats in the Lok Sabha!

C-Voter has predicted that of the 17 seats in Telangana, the NDA will win 3 seats, the Congress will win 2 seats, and the TRS will win 12 seats. The local BJP unit has expressed joy that their seat tally will go up from 1 to 3. Actually, the NDA tally of 2 in 2014 is because TDP won 1 seat and BJP won 1. Today, the TDP has all but become extinct, which basically is indicating that the BJP will gain 2 more seats in Telangana!

This has also pleasantly surprised telugu media analysts and perhaps the party cadre too! Before getting into some arguments, it is important to recollect some numbers:

After the 2014 elections, MLAs from every single political party, barring the BJP and MIM have joined the TRS.

During the 2014 elections, there was a lot of heartburn amongst BJP supporters that the TDP got more seats in the alliance. Despite contesting ~45 seats, the BJP ended up winning only 5. Though the TDP won 15 seats, today it has only 3 MLAs left. And the handful of those leaders left in the TDP also fight amongst them regularly!

Basically this means – the BJP has now become the senior partner of the BJP-TDP coalition in Telangana! This is in stark contrast to their marginal role in the neighboring state of Andhra Pradesh. That is the major USP of the BJP - the lure of power hasn’t affected them and they are the senior partner of the coalition now. Their last electoral victory was when they won a MLC seat for graduates, back in 2015. The loss even jolted KCR back then. However, the coalition faced a major loss in the GHMC elections held in 2016. Out of the nearly 150 seats, the BJP won 4 and the TDP won just one seat!

This GHMC election result must have been a wakeup call to the BJP – for majority it’s MLAs are from the Hyderabad region. They have shown little or no interest in furthering Modi’s flagship programs like Swachh Bharat. There is a lot of activity when central leaders come visiting, but post those visits, the activity comes down drastically! The pace at which the state unit operates is in stark contrast to how the Central unit operates!

The projected gain in seats therefore has come as a surprise! The reasons might be varied – perhaps some ground work that is happening away from the glare of the media has resulted in this. Perhaps the voters have seen how Modi has helped the state government despite TRS being in opposition. Nevertheless, it remains to be seen how the state unit of the BJP will take this forward.

The other key aspect of the survey is how TRS still has near absolute control in the state. KCR is seen as a man on mission – primarily focusing on water related projects. Mission Bhagiratha aims at supplying drinking water via taps to every home. There are multiple irrigation projects that are going on in the state. Many lakes and ponds have been revived in the state. The state now doesn’t face any power related problems. KCR announces sops to almost every community and religion in the state. Perhaps a continuity in 2019 is also necessary, so that these projects reach their logical conclusion.

The bonhomie that he enjoys with Modi has led some to speculate that the TRS and BJP might align in the assembly elections. However, if this were to happen, the BJP will be relegated to another minor partner. Especially in a state where they can have better foothold than Andhra Pradesh!

It is an uphill task to defeat TRS in 2019. In all probability, unless something drastically goes bad, the TRS will return to power in 2019. The Congress is making a lot of noise in the media, and is more visible than the BJP when to comes to critiquing the government. However illogical their claims are, they make a good pomp and show around it (with power point presentations etc!). If despite all this, the projected seat share is only 2 seats, it is perhaps time for Congress to reflect (oops, Did I just ask Congress to reflect?!) upon it’s strategies!

Electorally, the southern states of Andhra Pradesh and Telangana hold out immense promise for BJP’s growth, provided they put in some dedicated efforts to remove these perceptions and revive their functioning. Amit Shah and Narendra Modi need no lessons on electoral management, but if they want their party to grow like it did in Karnataka, what is currently being done by their state units is certainly not enough.