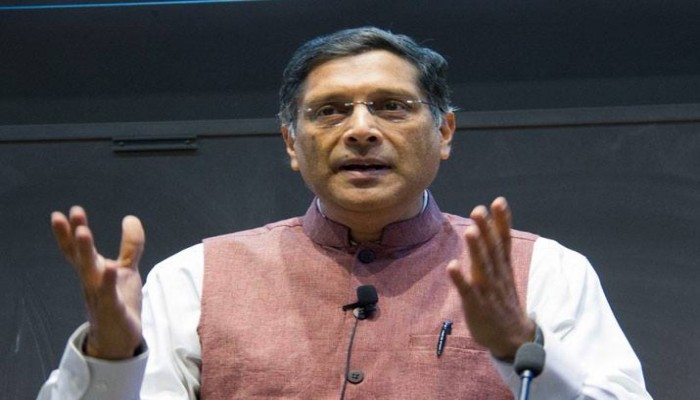 First a confession. Neither do I understand theories in economics nor do I follow the business sections of newspapers. I haven’t ever read in detail the Economic Survey that is released every year because many topics just go over my head! However, the moment news came out of our Chief Economic Adviser, Mr. Arvind Subramanian resigned and expressed interest to go back to the US, I knew our English media will go berserk. Irrespective of when Mr. Arvind Subramanian did a good job or not for nearly 4 full years, I just instinctively knew that our English media will conjure up all kinds of conspiracy theories to try and show this news as yet another blow to Modi.

True to my expectation, The Hindu published an op-ed , with an headline that screamed - “An adviser with nobody to advise”

Since I don’t understand economic theory, I almost skipped reading this piece. But I saw the byline -  Arvind Subramanian brought heft and pizzazz to his role as CEA — but who was listening? - and figured out that this will be a very peripheral piece

I thought to myself - Who uses the word pizza when talking about economics! Then re-read the correct word, “pizzazz” and looked up on google which told me that pizzazz meant “an attractive combination of vitality and glamour.” Now I burst out laughing, because who uses the word glamour for the Chief Economic Adviser! This argument was like the “rock star” status that Raghuram Rajan was given.

If you read the headline and the byline, you will be tempted to believe that for the full 4 years, the Modi government didn’t heed to the CEA’s advice. Allow me to summarize what has been said in the article that was headlined – “An adviser with nobody to advise”.

1.      The Jan Dhan-Aadhaar-Mobile (JAM) trinity was Mr. Arvind Subramanian’s idea in the Economic Survey of 2014.-2015. And in the author’s own words – “The idea has since taken off, with the government wholeheartedly embracing Aadhaar”

2.      Next, the author says – “The next Economic Survey saw the CEA bring to light an issue with doing business in India that few had actively thought or talked about until then: the difficulty of exit.” And concludes thus – “The Central government has since then taken decisive steps, such as bringing out the Insolvency and Bankruptcy Code, to address this issue”

I was desperately trying to co-relate the headline to the first couple of paragraphs. The “JAM” idea nearly eliminated the corruption in benefits transfer. The role of middle men has come to a naught, and this idea has saved thousands of crores of money for the tax payer. The Insolvency and Bankruptcy Code has already bought in nearly 85,000 crores back into our banks. The author himself acknowledges that the government listened to the CEA, so tell me again - why the diametrically opposite headline then?

The author then moves to every one’s favorite topic – Demonetization. His analysis of Mr. Arvind Subramanian’s role is nothing short of hilarious. “the chapter on demonetisation was far more vanilla in its critique than previous analyses overseen by the CEA on other topics. Maybe it was still too early to gauge the impact of the move in any real sense. Or perhaps he had been instructed to go easy. “

“Previous analyses overseen by the CEA on other topics” – guess what? At this point of time, the article lists only one such topic from four economic survey.

“Or perhaps he had been instructed to go easy” – Ah, that is the main grouse! According to the cabal, anybody with a remote connection to economics must spend every writing space they get, to criticize demonetization. If they don’t, then their caliber, integrity and knowledge are all suspect. The cabal loses sleep the moment someone praises or doesn’t criticize demonetization.

The author ends this section with a generic observation that is now getting boring to read – “Either way, the demonetisation episode brought to the fore the extent to which the CEA’s office was becoming sidelined in the current dispensation.” If it was being sidelined, why would his two big ideas be implemented? But then we are tying ourselves into knots.

So what are the ideas that weren’t taken forward, according to the author? He lists three of them:

1.      To create a “bad bank” to solve the high levels of bad loans were having on the abilities of banks to lend.

3.      The problems with public-private partnerships (PPPs) in India and suggested ways to improve them

That’s it – 3 examples where Mr. Arvind Subramanian’s ideas were not taken forward. I actually read the article to make sure the author only had 3 examples to cite in defense of his headline and byline.

Essentially, summarizing the author – 2 ideas of Mr. Arvind Subramanian were accepted by the Government, 3 were not, and he didn’t criticize Demonetization to the satisfaction of the cabal!

Is this how an article is written, to summarize FOUR years of the CEA? Is this how an article is headlined, just based on 5 random points, for something as big as the CEA’s work years? The article doesn’t give any historical sense too – how did the other governments fare when it came to CEA’s role? This CEA has been in this position for 3.5 years  - one of the longest anyone has stayed – and yet we are being led to believe that he wasn’t given any prominence?