Indiaâs Landmark GST Reform: Implications for the States, ULBs and the PRIs 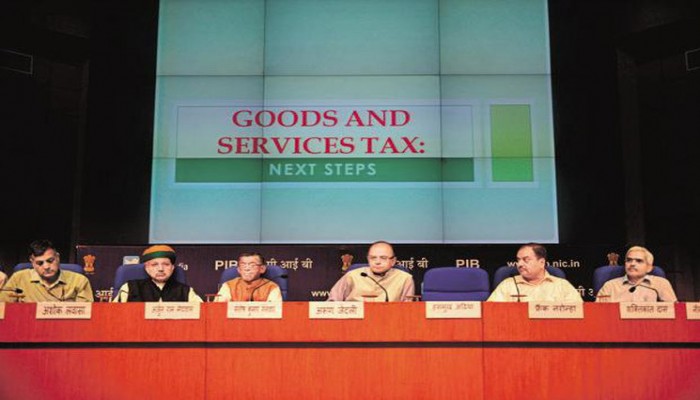 In analysing India’s landmark GST (Goods and Services Tax) reform, it is essential that its implications for the States, the ULBs (Urban Local Bodies) and the PRIs (Panchayati Raj Institutions, including Gram Panchayat, Panchayat Samitis and ZilaParishad) be well understood by those entrusted with the GST implementation in the States and at the local levels.

This column attempts to analyse these implications and suggests how the PRIs and the ULBs, under State’s overall supervision, can address them.

Selected Features of The GST Design and Structure

India’s Goods and Services Tax (GST) will tax domestic goods and services under a single tax all across India uniformly. Appropriate Constitutional Amendment has been made to enable States to levy tax on services in addition to tax on goods, and for the Union Government to levy tax on supply of goods in addition to tax on services. (http://lawmin.nic.in/ld/The%20Constitution%20(One%20Hundred%20and%20First%20Amendment)%20Act,%202016.pdf).The GST will subsume many of the existing taxes on domestic goods and services levied by the Centre and by the States.

The GST structure which has emerged is complex, with multiple tax rates applied to different goods and services (each good or service classification will have nationally uniform tax), and in a federal structure (with 29 States and 7 Union Territories), the GST is nevertheless expected to significantly address the limitations of India’s current convoluted, dysfunctional taxation on domestic goods and services which has evolved over the last seven decades. Moreover, India’s large population, 1.32 billion persons in 2016 makes the GST reform among the most ambitious globally. Given the above features of the GST, it is appropriate to use the term “landmark” to India’s GST reform.

The GST, expected to be implemented by 1st July 2017 (or due to Constitutional provisions, latest by 16 September 2017) has the potential to enable India to emerge as a unified market, permitting significant savings in logistics and compliance costs and in enabling economics of scale and scope in production and distribution of goods, services and in tax administration to be realized.

GST would not only change the structure of existing taxes on domestic goods and services, redefine the related taxable events, but would also transform the manner of levying the tax, e.g. from ‘origin’ to ‘destination’ basis and the manner of collection which will utilize the method of crediting taxes paid on inputs from the output tax, so that only value addition is taxed at each stage with respect to all the taxes subsumed in the GST. This manner of collection implies that those entities which are ‘exempt’ i.e. not registered for GST, will still need to pay applicable GST on their inputs, but will not be able claim these taxes as input tax credit. This implies that for exempt entities, only the value added by such entities is not liable to the GST.

Broad Implications of the GST for the States, ULBs and PRIs

The GST will have three broad implications for the States and its ULBs(Urban and Local Bodies) and the PRIs.

First, the Centre has committed itself to providing 14% growth each year for five years, beginning from the 2015-16 base year, for agreed upon VAT and related tax collections by each State. To provide transparency and confidence to the States, the GST (compensation to the States) Act, 2017 has been passed by the Parliament(http://www.cbec.gov.in/resources/htdocs-cbec/gst/gst compensation-to-states-act.pdf )

The States will need to explicitly plan to ride on the GST ‘learning curve’. Those States which focus on the ‘learning curve’ will gain competitive advantage over other States. Thus, the GST also shifts some of the responsibilities and accountability to the States.

As State tax revenues, of which VAT currently constitutes a large share, forms part of the revenue base for allocating SFC grants to the ULBs and to PRIs, any SFC would need to analyse this aspect carefully. The 2015-16 base year revenue will also include taxes which a State is required to subsume under the GST. This aspect will also need to be carefully analysed. This will also involve examining whether under the GST structure, additional tax revenue sources could be made applicable to the ULBs and to the PRIs.

Second, selected transactions of the ULBs and the PRIs will be subject to GST. This has implications for their tax and expenditure levels, and for the need to create capacities and capabilities for GST collections, deductions and filing of returns. The legal compliance with GST will need to be ensured. Currently, these bodies do not perform these functions. So, the State must decide how these functions will be performed by the ULBs and the PRIs.

Third, currently, the State Finance Commissions (SFCs) of several States are in the process of deliberating on their reports to the State governments. The main Constitutional responsibility of an SFC is to recommend allocation of State resources to the ULBs and the PRIs, to suggest ways to strengthen public financial management, and to suggest how public services and amenities could be better delivered to the ULBs and the PRIs. The GST arrangements, noted below, will therefore impact on the work-plan and the recommendations of the SFCs as well.

Specific Implications of the GST for the States, the ULBs and the PRIs

These implications may be broadly grouped as follows:

The SFC of each State should take into account the GST revenue base of the year 2015-16 provided by each State to the Centre, and the resulting GST revenue over next five years, in its work-plan and recommendations.

It should be noted that the 14 percent guaranteed compensation is what the Centre has promised. If a State can grow its GST revenue more than 14 percent, it will be able to generate greater fiscal space. This is what each State should aim to achieve.

In the GST regime, local bodies will not be having powers to levy some specified fees/taxes like advertisement tax and octroi. A review of the revenue configuration of some of the Municipal bodies in Haryana suggests that advertisement revenue constitutes significant portion of its own tax revenue.

The impact of this part may need to be examined in detail by the legal division of the State of Haryana as entry 55 in List II of Schedule VII to the Constitution of India empowering States to levy tax on advertisements has been omitted by the Constitution (101th) Amendment Act effective from 16th September 2016.

Similar analysis of advertisement tax will need to be conducted by each State, and its implications addressed.

Under the GST, if the local bodies acquire capabilities to levy this tax, they may have an additional source of revenue available, positively impacting their potential to generate Own-Tax-Revenue(OTR). To realize this potential, willingness to tax and capacity to collect this tax will need to be effectively addressed by each State in its own context. This will not be addressed automatically, and legal, administrative, and other changes will be needed.

The GST also provides an opportunity for the local bodies of each State to earn higher revenues under this head by realigning the basic coordinates of entertainment tax keeping into account the newer electronic mediums of entertainment like cable TV etc. The need would also be to create robust tax collection mechanisms.

Implications for Selected State and Local Level Fees: This point is referring to the levies like State Rural Development Fees (SRDF) which are usually collected by the related bodies (which may be a Board or other entity) at a given percentage such as 2% of the sale proceeds of the agricultural produce bought or sold or brought for processing in the notified market area.  The amount so collected is spent by such Board(s) in the Rural areas for development of roads, establishment of dispensaries, sanitation, other public facilities, and for any other purpose considered appropriate by the Board.

Since the Constitution (101th) Amendment Act has omitted entry 54 from this list relating to the subject matter of ‘sale of purchase of goods’, a fee on agricultural produce bought or sold may not be allowed to be levied under entry 66 of the same List II. This aspect also requires legal analysis by the State(s) based on the specific subject matter of the levy.

If such fees are not collectible in the GST regime, this will affect the funds available for rural development.Therefore, each State needs to review arrangement for the SRDF- type and other similar levies designed to fund rural development.

Some specific exclusions have however, been made for the basic functions of the ULBs and the PRIs from the of GST. For instance, Services provided by a Government or local authority to individuals in discharge of its statutory powers or functions such as issuance of passport, visa, driving license, birth certificate or death certificate; and assignment of right to use natural resources to an individual farmer for the purpose of agriculture are not subject to GST.

However, there are likely to be some activities of the ULBs and the PRIs on which GST could be applicable. For instance, various local bodies are doing some income generating activities by way of auction of land for limited period or renting of property etc. These activities are likely to be subjected to GST if the taxable revenue crosses INR 20 lakh of threshold limit. Each State needs to prepare the ULBs and the PRIs to meet these requirements.

The GST Law contains provisions in Section 51 of the Central GST Act to require the persons including ULBs and the PRIs to deduct and deposit taxes from the payments to be made to the suppliers of goods or services or both to them, in case the value of such procurements exceed specified threshold of â¹2.5 lac.

Further, the ULBs and the PRIs  may be required to furnish Information Returns (IRs) under Section 150 of the Central GST Act wherein persons responsible for maintaining record of registration or statement of accounts, or any periodic return or document containing details of the payment of tax and other details of transaction of goods or services or transaction of purchase, sale or exchange of goods or property or right or interest in a property, under any law  in force, shall be required to furnish an information return of the same in respect of such periods, within such time, in such form (including electronic form) and manner, to such authority or agency as may be prescribed.

The above discussion thus leads to the three key areas of GST’s impact on the ULBs and the PRIs.

First, the functions/activities of the ULBs and the PRIs will need to be mapped to identify such activities on which GST would be leviable. Second, in case of meeting GST requirements, the ULBs and PRIs would need to create capabilities and capacities for related compliance. Third, relevant agencies in each State, particularly the Finance and Taxation Department, and Urban and Rural Departments, will need to function under a different mind-set and administrative arrangements if GST is to be effectively and competently implemented.

There is considerable scope and need for undertaking systematic study of GST’s implications on each State, its ULBs, and its PRIs, along the lines sketched above.