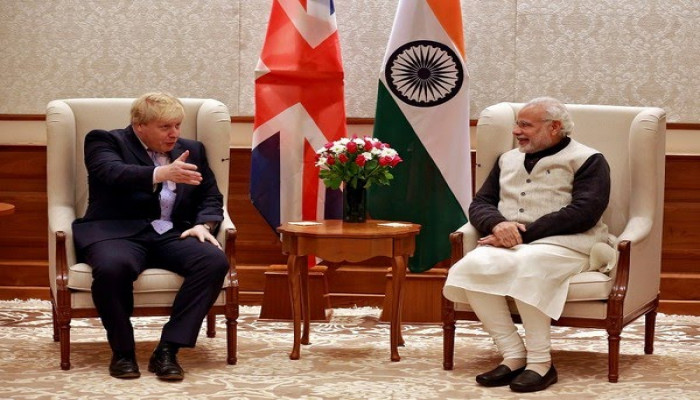 According to the Ministry of External Affairs, a virtual meeting was held between India and the UK on Monday that involved exchanges on cooperation in the maritime domain and the Indo-Pacific.

This inaugural maritime dialogue was held according to an what agreed in the India-UK Roadmap 2030 for future relations.

According to the statement, the two Foreign Ministries exchanged views on cooperation in the maritime domain, Indo-Pacific and regional/multilateral cooperation.

Earlier this year, there were talks held between Prime Minister Narendra Modi and his UK counterpart Boris Johnson.

In the joint statement, the two sides had agreed their shared vision of an open, free, inclusive and rules-based Indo-Pacific region, underpinned by respect for territorial integrity and sovereignty, rule of law, transparency, freedom of navigation and overflight in the international seas, unimpeded lawful commerce, and peaceful resolution of disputes.

They had adopted an ambitious India-UK Roadmap to 2030 to steer cooperation for the next ten years.

A Downing Street spokesperson had said, "The leaders also talked about the current situation in Afghanistan. They agreed on the need for a coordinated international approach to engagement with the Taliban, emphasising the importance of upholding human rights in the country”, as quoted by ANI.