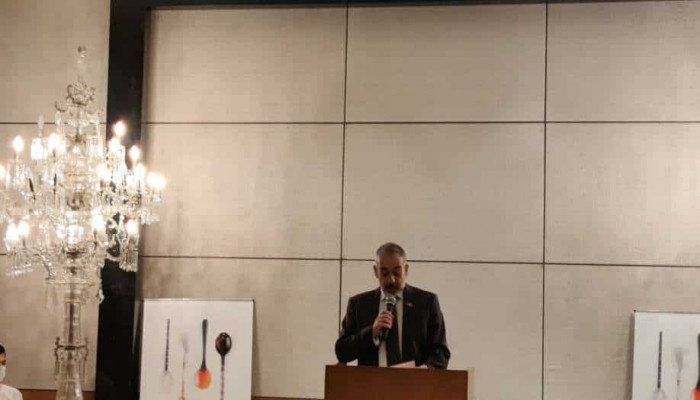 The Turkish Ambassador to India, Firat Sunel, has said that the ties between India and Turkey go "back to Vedic ages" as he emphasised on promoting more economic engagement. His comments come as both the countries are celebrating 75 years of the establishment of their diplomatic relations.

Speaking at the celebration of ties in Delhi on Saturday, ambassador Sunel said, "Turkey and India share deep-rooted historical and cultural linkages. The aspect of economic and cultural relations between ancient India and Anatolia dates back to the Vedic ages. "

Turkey and India established formal diplomatic ties in 1948 even though both sides have engaged in the past. A pre-independent India had extended support to the Ottoman Empire after it was sanctioned following its defeat in World War One.

The ambassador, who is also a well-known author, explained, "India‘s rapid progress in different areas and ever-growing importance in the global economy and international politics since the 1990s has led Türkiye (Turkey) to develop a strategy that gives India high attention in the domain of South Asian politics."

Bilateral trade between India and Turkey grew to US$ 9.3 billion last year.

Noting the robust trade ties, the ambassador said, "Economic and commercial cooperation constitutes an important dimension of our relations. The trend in the first four months of this year indicates that we will easily exceed the 10-billion threshold in 2022."

As the Covid crisis continues to be threatening, the focus will be on re-establishing people-to-people links, Sunel said, hoping that “more than 1 million Indian tourists visit Türkiye annually."