India Strikes Back- Understanding the Military, Economic and Diplomatic response to Pakistan after Pulwama 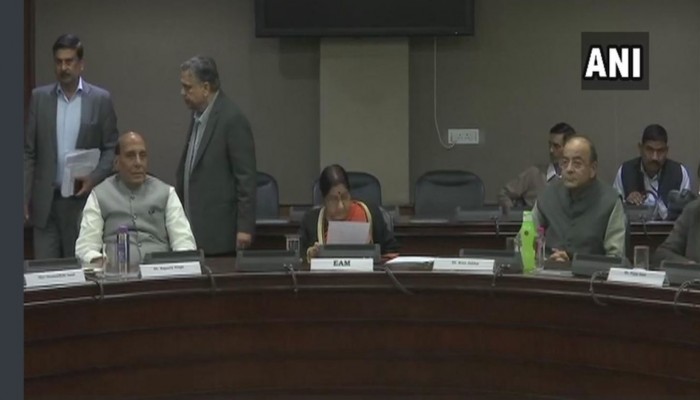 Since the 14th February suicide attack carried out by the local Jaish-e-Mohammad terrorist, many developments have happened. From public anger, protests, support, and donations, to Anti-Pakistan rallies people have reacted with anger and pain in their hearts. Apart from reactions of common man and hoi-polloi, the government has also taken a few steps.

The government under P.M. Modi has shown determination and has proven that it is not some a lethargic or a lackadaisical government. Although various important measures, needed to be taken, remain unaddressed on the table; certain quick and initial measures were taken. After the dastardly terror attack the first thought that struck the government was that its policy in Kashmir needed to be reevaluated. The initial response of India made it clear that this time, no compromise will be made.

Next day after the CCS meeting the Modi government showed its acumen by immediately withdrawing the ‘Most Favoured Nation’ status given to Pakistan by India in 1996 under article 1 of General Agreement on Tariff and Trade (GATT) 1994 – which requires every country that is a part of WTO to give MFN or other status of same stature to every other WTO country.

The primary purpose of MFN is fair trade and non-discrimination. Withdrawing MFN gives India free hand to discriminate with Pakistan in trade. Pakistan has yet to fully provide MFN status to India and maintains a negative list of 1209 products not to be imported from India. Withdrawal of MFN status has less to do with economy and has more to do with symbolic statement that India won’t trade with a  nation that facilitates terrorism and provides a safe-haven to terror outfits.

This certainly won’t become a huge dent on either India or Pakistan’s trade as total formal trade between India and Pakistan in FY17 was $2.39 Billion, which was just 0.35% of India’s total trade and total informal trade between Indo-Pak was $4.71B. India’s export to Pakistan was $1.92B while import from Pakistan was $482M. Two main important imports from Pakistan were Fruits and Cement on whom tariff until now was 30-50% and 7.5%. On Feb 16 India imposed 200% tariff on imports from Pakistan. Withdrawal of MFN along with trade boycott with Pakistan can turn out to be a good strategic move. Its consequences can be serendipitous.

The Indian Government was quick to take action against  the terrorist master-minds of Pulwama attack in the valley and against the separatist Hurriyat leaders of Kashmir. Instead of lollygagging, within 100 hours of terror attack, its mastermind in India, Kamran was killed along with two other terrorists. This operation which lasted for more than 17 hours also took lives of our 4 brave warriors.

This incident only increased the anger of the common man against Pakistan. Government immediately withdrew the security cover provided to 6 prominent separatists of valley namely Mirwaiz Umar Farooq, Abdul Ghani Bhat, Bilal Lone, Hashim Qureshi, Fazal Qureshi and Shabir Shah. All these are people who use the weapon of religious extremism to fill hatred and the poison of jihad in the young minds of Kashmir. They act as Pakistani agents and are allegedly paid by Pakistan’s ISI. This should have been done very earlier but better late than never.

They could have used their political influence to create unrest and any other illicit misconduct but now since they are arrested the danger is less. And if these separatists are kept at bay i.e. not in Srinagar jail then their influence will be minimal which will be eventually better for the Nation and especially Kashmir.

Indian Diplomacy and Isolation of Pakistan

Immediately after the attack, messages of condolences and condemnation started pouring in. India called on a meeting with 25 countries including the P5 nations to address them about Pakistan’s hand behind the terror attack. And this move turned out to be efficacious and pragmatic, which later resulted in worldwide condemnation of terrorist group JeM. 52 countries stood up alongside with India in its hour of pain. Some including Israel, U.S., Russia, France offered their support in the fight against terrorism. Except for China and Turkey every other prominent nation was with India.

United Nations Security Council meeting unanimously spoke against terrorism and “condemned in the strongest terms” the ‘heinous and cowardly suicide bombing’. UNSC ‘urged all states’ to ‘cooperate actively with the Government of India and all relevant authorities in this regard’. This clearly means that the international community shall cooperate with India on all possible fronts to curb and quash terrorism.

UNSC with regard to nations providing safe-havens to terrorists (in this case Pakistan) made it clear that there is a need “to hold perpetrators, organizers, financiers and sponsors of these reprehensible acts of terrorism accountable and bring them to justice”. The Security Council named Jaish-e-Mohammad in their joint statement, which also included signature of China which is a great victory for Indian Diplomacy. China’s sudden turnaround was unexpected but welcomed.

India is cooperating with Iran and Afghanistan also. On a day before the Pulwama terror attack, a similar suicide bomb attack was carried out against Iran’s Islamic Revolutionary Guard Corps killing 27 of its soldiers. Iran said the attack was “planned and carried out from inside Pakistan”. A militant Sunni group Jaish al-Adl of Pakistan claimed its responsibility and Iran vowed to retaliate against Pakistan. While Afghanistan called Pakistani Ambassador and said their terrorism cannot last longer. In the wake of these incidents, Pakistan can be completely blocked from all sides. If India cooperates well with Iran and Afghanistan, it will be a dangerous situation for Pakistan. In this time of immense international pressure and angry neighbors, Pakistan detaining Hafeez Saeed and banning his Jamat-ut-Dawa was the obvious move. India's diplomatic outreach has been impressive and its consequences are and will be helpful.

Stopping water flowing into Pakistan was the demand of the people from many years. Blood and Water should not flow together. A nation which is an international abode for terrorists does not deserve a single drop of water from us. And the government promised at the time of Uri that water of our share won’t flow to Pakistan, which the government followed.

Nitin Gadkari told “Our government has decided to stop our share of water which used to flow to Pakistan. We will divert water from eastern river and supply it to our people in Jammu & Kashmir and Punjab”. India is stopping the excess flow of our water of eastern rivers Ravi, Sutlej and Beas to Pakistan. India is allowed to use 33 MAF of water for all uses, to store 3.6 MAF water, irrigate 1.32 million acres from waters of eastern rivers. We were not using full share of our water till date but after the construction of Shahpurkandi project and Ujh multipurpose project along with Pakul Dam and Lower Kalnai HEP we will be able to access about 95% of our share of water.

Pakistan suffers from a severe water crisis. According to IMF, Pakistan ranks third in the world among countries facing acute water shortage. Reports from UNDP and PCRWR echo the same. Pakistan has world’s 4th highest rate of water consumption and has world’s highest Water Intensity Rate (amount of water used per unit of GDP in cubic meters). Pakistan crossed ‘water scarcity line’ in 2005 and likely to face drought like situation around 2025.

At this crucial juncture for Pakistan, India stopping excess water flow will be very harmful. Even if their Water Resource Minister Khwaja Shumail says “We have neither concern nor objection if India diverts water of eastern river” they are in grave situation of acute water shortage. Pakistan authorities live in denial of water scarcity.

India by using its share of water as a strategic tool is doing a great job. After 5-6 years when those projects will be completed, we will have a strategic advantage over Pakistan. Water will become an important tool of diplomacy when dealing with Pakistan.

Air Strikes into Pakistan by IAF

On February 26 India retaliated and reacted strongly by conducting meticulous air strikes deep into the Pakistan. At around 0330 hours Indian Air Force’s 12 Mirage 2000's carried out a well planned attack with 1,000 Kg laser-guided bombs on Jaish-e-Mohammad terror camps killing a large number of JeM terrorists, trainers, and senior commanders. The conservative estimate is that around 200-300 terrorists have been neutralized. The total time that it took for this brilliant operation was 21 minutes.

The attack was carried out at three terror pads namely Balakot (24km from Muzaffarabad) in Khyber Pakhtunkhwa from 3:45am to 3:53am where joint training camps of JeM, LeT and HM were hit. Muzaffarabad in PoK was also hit from 3:48am to 3:55am and then targets were destroyed at Chakoti from 3:58am to 4:04am. Pakistan's DGISPR Maj Gen Asif Ghafoor confirmed that IAF carried out strikes deep into Pakistan’s ‘Muzaffarabad sector’. The key terrorists killed in India’s operation were Mufti Azhar Khan (head of Kashmir Operations) and Ibrahim Azhar, the elder brother of Masood Azhar.

Pakistan Air Force was completely taken aback and their radars could not detect our jets. PAF F-16s though flew in the sky but they couldnt do much. This was a well coordinated attack which included surveillance from Indian AWACS from Feb 16 to Feb 20. When Mirage 2000s were carrying out the attack, 3 Sukhoi Su-30s were flying in the skies of Kashmir with R77 missiles loaded. Since the attack, the Indian Air Defense System has been on high alert.

What will be its consequences? This was a clear message from the Indian side that terrorist attacks and proxy hybrid wars will be no longer tolerated and India will strongly retaliate against any misconduct. Pakistan will keep living in denial because accepting their terrorists have been thrashed will invite even bigger consequences and isolation in International Community.

So far Indian Government’s attitude and reactions has been very balanced and pragmatic. International diplomacy has yielded good success in pressurizing the enemy. Consequences of this reaction both in short-term and long-term will yield benefits. We are still far from where we want to be but progress has been done and the process has been started. India has shown its fie and anger for terrorism and this time there is no scope for Pakistan to escape. Today’s India does not fall for Pakistan’s mellifluous but disingenuous talks of peace or hollow threats of retaliatory action.