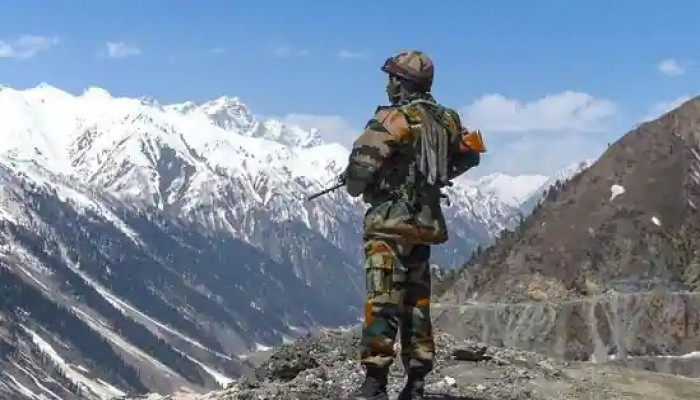 Along the borders of Arunachal Pradesh and Sikkim with China’s Tibet Autonomous Region, the surveillance capabilities have witnessed a major upgrade. A wide array of radars and Israeli Heron Mark-II drones are being sent to integrated surveillance and communication hubs to keep an eye on the People’s Liberation Army (PLA) across the border.

“The focus is on upgrading offensive and defensive capabilities, backed by the ongoing enhancement in surveillance and infrastructure,” said a senior officer.

The surveillance along 1,346-km border has gained importance since the military standoff that erupted in the eastern Ladakh in April-May last year.

The induction of the new M-777 ultra-light howitzers, with a strike range of 30-km, has also boosted the high-volume artillery firepower, especially as they can be swiftly airlifted from one valley to another by Chinook helicopters in Arunachal Pradesh.

“There has been a major concerted push to use technology, with fusion of air and ground-based surveillance assets, to bring in transparency. He (China) cannot surprise us. We are very confident about dealing with the overall scenario,” said Major General Zubin A Minwalla, the general officer commanding of the 5 Mountain Division.

“We are employing technology in a big way to boost our awareness of the situation. It allows us to do away with the need to push troops to forward areas in peacetime,” said Major General Zubin A Minwalla, the commander of the Rupa-based HQs 5 Mountain Division.

The division’s responsibilities encompass the sensitive Tawang sector. “We are creating more (battlefield) transparency through the use of technology ---the fusion of an array of sensors including ground-based and air-based sensors, a network of radars and unmanned systems. The adversary cannot surprise us,” Minwalla said.

“We have a confident approach in dealing the overall situation in the sector. We are not reacting to what they are doing. We have our own plans and are working on them”, he added.

His comments came days after the 13th round of military talks between India and China to cool tensions in eastern Ladakh reached an impasse on October 10, with PLA not agreeing to suggestions made by the Indian Army.

Earlier, the MEA spokesperson Arindam Bagchi, said while replying to a media query on China’s allegations, “China's provocative behaviour, unilateral attempts to alter the status quo resulted in disturbance of peace along LAC in eastern Ladakh.”

"China continues to deploy large number of troops and armaments in the border areas. It was in response to Chinese actions, that our armed forces had to make appropriate counter deployments in these areas to ensure that India's security interests are fully protected," he added.