In a first, India to export Pinaka rocket launchers to Armenia 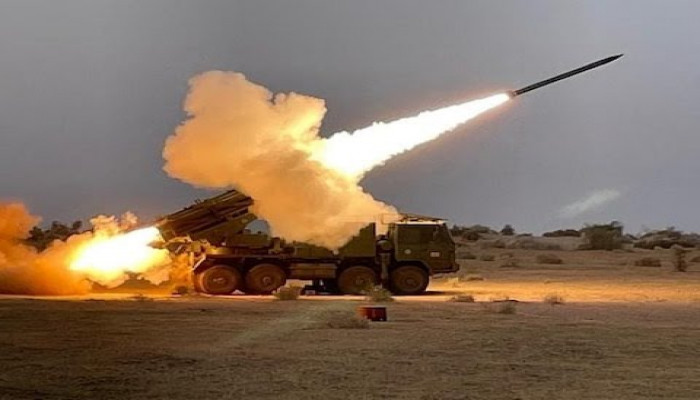 After recent clashes between Armenian and Azerbaijan troops, India will export missiles, rockets and ammunition, including indigenous Pinaka multi-barrel rocket launchers, to Armenia to help defend the nation against the neighbour Azerbaijan.

Defence India signed an order for the arms export through a government-to-government route, through which the two nations inked contracts for the supply of arms and ammunition to Armenia earlier this month, reported The Economic Times on Thursday.

The government has not revealed the value of the contracts, however, according to the report, India will supply weapons worth more than Rs 2,000 crore over the coming months.

In a first, India will also export indigenous Pinaka multi-barrel rocket launchers. Pinaka has been developed by the Defence Research and Development Organisation (DRDO) and manufactured by indigenous private sector firms.

Armenia is also set to get anti-tank rockets as well as a range of ammunition from India under the bundled deal, the report stated.

This development comes in a bid to push the government's efforts to increase weapons exports, with policy reforms and active support of the government to secure overseas orders, reported ET. The Centre has set a target to sell weapon systems worth Rs 35,000 crore abroad by 2025.

However, this is not the first time India has exported weapons to Armenia. The central government first supplied four Swathi radars to the Asian nation in 2020 for an estimated Rs 350 crore.