In 2013 I had changed my mind about Narendra Modi, In 2018 my belief in Modi has strengthened. 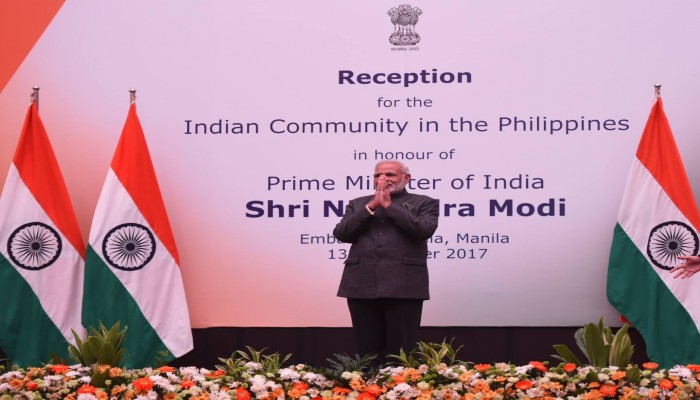 5 years ago, I had written an article for Niti Central on “Why I changed my mind about Modi". I detailed how I was among those who got carried away by the English media’s representation of Modi. I had viewed him as someone cold who was only winning election after election in Gujarat based on religious polarization alone.  His 2007 election victory in the State broke some myths about his governance model but did not shatter any of the serious allegations that gullible folks like me continued to believe. I always had one question on my mind — Of what use is this development if there is no security?

And then Social media happened. Reading various blogs and tweets, I often wondered – how could the big media players have done this to us? How could they have deliberately cheated us? Then the SIT report happened; social media revolution had picked up steam; Modi had started talking more, giving us a glimpse into his work – and the party finally announced him as its Prime Ministerial candidate. His candidacy energized both the cadre and outside supporters of the party – and the rest as they say is history!

Now that he was the Prime Minister, it is but natural that skepticism will clog the mind – How will he do what he promised? Or worse yet – will he do what he promised? Right from his first decision, which took the world by surprise, he has given us a glimpse into what can be expected! For the first time in our history, heads of all SAARC countries were invited to be part of the swearing-in ceremony of the new government. The Foreign policy had seen only rapid strides ever since – with India playing a pivotal role in the formation of the unique and prestigious International Solar Alliance; with India joining the many key alliances of the world; and more importantly the unique ways in which Prime Minister Modi developed a personal rapport with many world leaders.

During the campaign, he released a video in which he said “Mein Desh Jhukne nahi doonga”. Whilst many would want to show *the* surgical strikes are proof enough of his commitment to keep the country’s flag flying high, his most understated achievement is the improved internal security situation of the country. Outside of J&K and Punjab, we haven’t had a terrorist attack in our towns and cities. The violence in the North Eastern states has come down by 50%, which has also prompted the removal of the AFSPA; the drastic reduction in the number of naxals and their activities in the country – all point to a robust improvement that was precisely what was expected from this government.

Earlier, if you heard the name Bastar, it would have been only because of Naxal activity. Bastar was the hotbed of Naxal activity and counted as one of the most backward regions of the country. Today, the place where we could not even build proper roads, there is an operational airport in the Bastar region (in addition to many other programs)! Not just Bastar, in the last 4 years, through a unique UDAN program, 25 new airports have been made operational in the country (compare that to 70 airports in the 70 years since Independence!). The year 2017 saw more number of people take flights than those who travelled in AC Trains! If this isn’t reflective of our economic growth and improved connectivity, then I don’t know what is!

Many years ago, a friend once told me that a leader should be capable of showing the mirror to the society. In my opinion Modi did it twice – when he stood up in Parliament and asked – “Can’t we keep our country clean?”. Swachh Bharat was not a mere slogan – today we have nearly 75% of our villages proudly declaring themselves to be ODF (Open Defecation Free); we have toilets built across all schools; we have a healthy competition amongst cities to vie for the cleanest city award; we have schools imbibing this culture in students from a young age. Is this enough? Of course, there is a lot of work to do – instead of being cynical I’d rather we buck up and do whatever we can keep our village/town/city clean. After all, the question is indeed very pertinent – “Can’t we keep our country clean?”

The second time he showed us the mirror was both during the launch of Beti Bachao, Beti Padhao and one of his Independence Day speeches. He asked us – “Who gave you the right to kill a girl child before she is born?”. And also – “Why don’t we ever question the boy where he went to and what he is doing? Why do we always question the girl?” Beti Bachao, Beti Badhao was mocked as usual, but today nearly 100 districts across the country have shown improved sex ratio; increased enrollment of girl child is seen across the country; and significant investments are being made for the betterment of the girl child.

NO JOBS added screamed every opposition leader and the English media followed suit. Not one media wanted to point out the fact that the Modi government has put significant focus on entrepreneurship through revolutionary schemes like MUDRA and Standup India, and this data is traditionally not captured as parts of “Jobs”.

“Make in India” was mocked to no end, but today when you buy a cell phone, instead of a “Made in China”, today we see a Made in India label. That’s possible because there are about 120 mobile manufacturing units in India, as opposed to just 2 in the year 2014. Make in India hasn’t been limited to phones alone – it’s across variety of fields ranging from mobiles to automobiles to aerospace! Friends, my knowledge on the full scale of Make in India is very limited but it feels very good when I see items of regular use prominently displayed in Made in India labels!

I can list out many such initiatives. I suddenly remembered that I missed talking about the significantly improved electricity situation in the country. A special mention needs to be made of a heartening and unparalleled achievement of the Narendra Modi government – the mainstreaming of the North East. The point is - One tweet or one article cannot do justice. Infact my twitter thread has already listed 88 such initiatives. These include the biggest disruptions of all time, GST and Demonetization; the 10s of benefits to the middle class; financial inclusion; the small things that create a big impact; the resolution of long pending problems; the war on corruption ; and more.

In 2014, Narendra Modi had enthused the people of this country like never before, as is evident from the election results. And in the past 4 ½ years, he has shown us how he means business and beyond; how he is receptive to feedback; he has oft reminded us about our duties; questioned the status quo and has led from the front to bring in changes to our system; and has encouraged us to dream big to contribute towards a New India by 2022.

For him to guide us towards the dream of New India, it is imperative that he wins in 2019. The noise and the clutter created by the opposition must be drowned in the rain of his achievements. Narendrabhai - like in 2014, I will do whatever I can, to spread your message and help you win again! Aap aage bado, hum tumhare saath hain!