Imran Khan announces long march against government on May 25 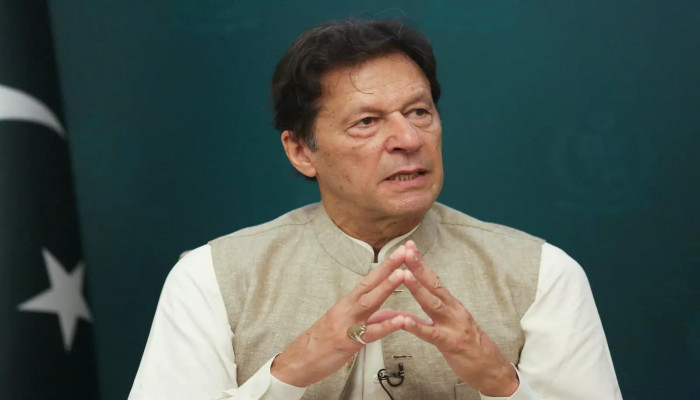 Former Pakistan Prime Minister and Pakistan Tehreek-e-Insaf Party (PTI) Chairman Imran Khan, in a press conference in Peshawar on Sunday, announced that his party's long march towards Islamabad for the country's "battle for real freedom" is set to commence on May 25.

"Today we held our core committee meeting and made [important] decisions," Imran, flanked by the who's who of PTI leadership, said at the start of his press conference. "The biggest [question] was when to begin the long march, and we have decided.

"I want to give a little background of how we reached here. There was a foreign conspiracy against Pakistan from the US. In this regime change, they used locals — the most corrupt people, who were ready to become part of any conspiracy to save their corruption.

"This conspiracy was hatched eight months ago and I was alerted about it in June, and after August, I fully understood what was happening. We did our best that somehow this conspiracy could be voided but unfortunately we couldn't stop it."

The PTI chairman explained in detail his allegations of conspiracy as well as the purpose of his march before announcing the date.

"On the 25th [of May] I will meet you in Islamabad on the Srinagar Highway," Imran said addressing his supporters and party workers. "You have to reach there at 3pm. I invite all the women because I've seen your anger. I had never seen that before.

"I want people from all [walks of life] to come because this is Jihad, and not politics. I've decided and told all my team that we have to be ready to sacrifice our lives."

Imran indicated that the march would convert into a sit-in and continue until his demands are accepted. "We will never under any situation accept them. No matter how long we have to remain in Islamabad we will remain there."

He said the march would have two primary demands: when the assemblies would be dissolved and an election date.

The former prime minister called for fair and transparent elections, adding that if the nation were to bring the current government back into power, then he would accept it. "But, no country from outside will [be allowed to] impose them on us," he added.

Imran told his supporters to prepare beforehand for factors such as "communication, transport and fuel", predicting that the government would use various obstacles to impede the march.

Regarding the military establishment, he said, "I also say to my army that you said you are neutral so now remain neutral." However, he said that he wanted to invite everyone to the march, including the families of civil servants, army personnel and ex-servicemen.