If your definition of an âintellectualâ is equivalent to people like you and your friends Mr. Ram Guha, then I am really glad that this is an âanti-intellectualâ government 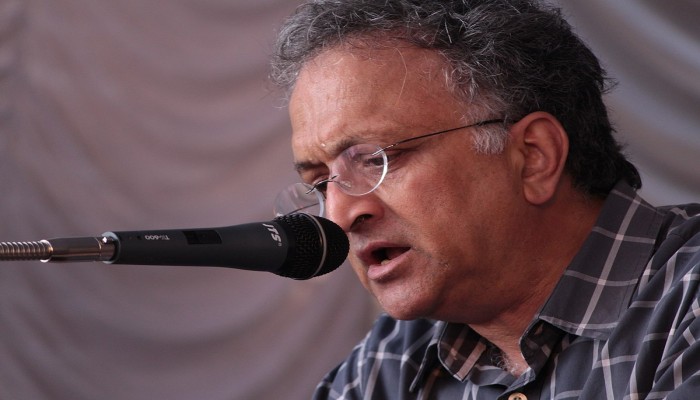 Ramachandra Guha’s elitist disdain for the Prime Minister of the country has been well exposed before. But it looks like he is not happy with the hatred he spreads. He finds new depths to plumb regularly. Latest in his series of diatribes was his shocking tweet after Prime Minister Modi addressed students to take out the stress when it comes to exams.

“Every CBSE school was compelled to hear the Prime Minister promote his new book. The Principal of a school in my neighborhood was asked by a student: ‘Sir, what exactly is the exam that the Prime Minister has passed?" Doubtless the same question was asked in other schools too.”

First, I found it very cowardly that Mr. Guha chose to shoot from the shoulders of both an unnamed student and unnamed principal of his “neighborhood school”. Second, the choice of his words in the entire tweet only goes on to show how blinded he has become by hatred.

“Every CBSE school was compelled”. Students were watching the Prime Minister of India addressing them, about a very important event in their life. It beats me why most students would not want to hear him. When I was a student in school, I would have been thrilled to have had the opportunity to listen to the Prime Minister (any PM!) if he is talking to us about exams. Guha makes this sound as if some punishment has been meted out to the students.

What is “compelling” though Mr. Guha is when students are made to celebrate Children’s Day on November 14th, with no clue as to why “Chacha” likes them and what he spoke to them about! In Mr. Modi, we have a leader who communicates with students regularly and directly. He did this once earlier (in 2015 I think) and many times as CM too. Oh, whom am I telling this to – you are after all an eminent historian!

You don’t think the Prime Minister has passed any exam. I am simply astonished as to how myopic you are in your understanding. Another journalist Sadanand Dhume saw this as an opportunity to join the bandwagon and wrote thus:

“Modi has many qualities (strong oratory, fine work ethic), but turning to him for advice on exams is a bit like asking me about ice skating.”

Your lack of confidence in yourself is appalling Mr. Dhume! If you can write about economic policy, foreign policy, domestic politics, international politics etc., surely nothing’s stopping you from spreading gyan on ice skating too?! If you can go to UP during election campaigning, write a lot of articles and yet not predict the wave, surely you can do such a sterling job talking about ice skating too, no? From when has not having experience in something ever stopped your ilk from commenting on it?

Mr. Guha, coming back to you now.  While you may want to harp on whether he literally passed any exam, you conveniently forget that he holds a Master’s degree. The elitist in you, may prompt you to sneer at a mere distance learning course degree. Even today, there are lakhs of folks across the country who work hard, in their free time, to gain these degrees and proudly display them to their family and friends. I have seen from close quarters how much these degrees mean to them, Mr. Guha. So maybe you can keep your elitist sneer to yourself.

If we move away from the literal sense of writing an exam, the Prime Minister has faced multiple elections so far. The pressure of performing well in those elections is exactly like an exam for a student. Any Prime Minister of this country (And I mean any Prime Minister, and not just Dr. Manmohan Singh, as you imply here!) is eligible to speak of handling of pressure, and facing tests under stringent conditions.

No other Prime Minister in recent times has had such connect with the students of this country. No other Prime Minister has communicated with them so frequently and so earnestly, in recent times. Your continuous tirade and disdain against Mr. Modi, calling this as an “anti-intellectual” government is now getting boring. If your definition of “intellectual” is equivalent to people like you and your friends, then I am really glad that this is an “anti-intellectual” government!