If these are the bitter pills that the middle class is being forced to swallow, someone really needs to explain to us why they are âbitterâ in the first place 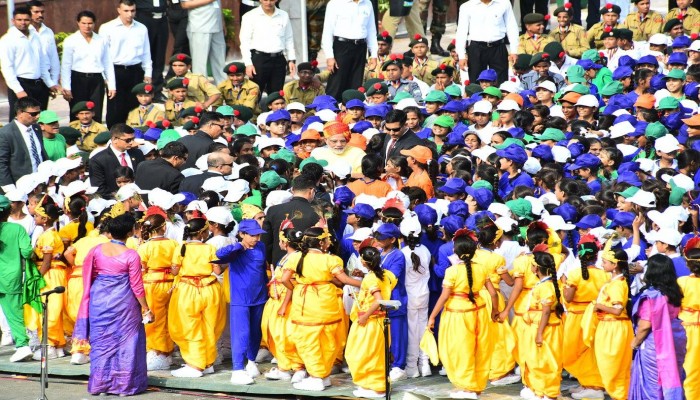 Ever since the TDP has moved out of the NDA, most of the telugu media has toed the line of the TDP unflinchingly. Any statistics or arguments by the BJP have been drowned in the noise of the TV debates and half-baked articles.

We are told that the author Dr. Kalluri Siva Reddy is a “Expert in Finance”. I was curious to see what arguments the “expert” was making to bolster this claim on “bitter pill”. Let me summarize the bullet points, in the order that he has mentioned. The text in quotes is what is mentioned in the article, and my comments are next to it.

2.      “Industrial Growth Rate is not 7% though, but “only” 4%.” What is the link between the two? There is no mention of which industrial growth rate is being referred here. Or what is the historical data for this? Has this been 4% all along, or it was very high earlier and it came down now?

5.      “FDI Inflows have increased” – This is good right? This is definitely not a bitter pill right?

7.      “Jan Dhan Accounts have been opened and INR 81,203 crores have come into the banking system”. Opening of accounts, depositing of money directly into the beneficiary accounts – how exactly is it a bitter pill?

8.      “Growth rate of deposits is the lowest since 1963” – Am unable to understand the link of this data point to the bitter pill for middle class. Would really love for the “expert” to elaborate on this further.

9.      “Subsidy on Gas cylinders was slowly removed from 2014 onwards. An increase of 4 rupees per month was implemented” – Finally the bitter pill! I believe the subsidy still exists for BPL families but the rate is still high (subject to being corrected). There have been multiple reforms on the LPG front, but one can agree on this front – some subsidy for those BPL families which got benefitted in the Ujjwala scheme is desirable. For those who can afford it, we need to congratulate all those who participated in the #GiveItUp campaign!

10.   “Crude Oil rates have come down, but petrol prices haven’t come down. Central govt earned INR 2.42 lakh crores through excise duties.” Yes, that money has been spent judiciously to ensure the 1st eight “bitter pills” happen! This money has been spent on infrastructure projects across the country. 42% of what the central government earns goes to the states. In addition to this, the state governments also impose taxes, so it is really surprising to me why “experts in finance” don’t ask for state governments to reduce taxes?

11.   “Demonetization hurt the middle class” – The fall back argument of everyone who don’t have anything else to argue!

The power of the media is simply astonishing. A headline that is in direct contrast to the content of the article. A headline that will conveniently spread the propaganda of the opposition parties. If these are the bitter pills that the middle class is being forced to swallow, someone really needs to explain to us why they are “bitter” in the first place!