How is common sense eluding the Indian National Congress? 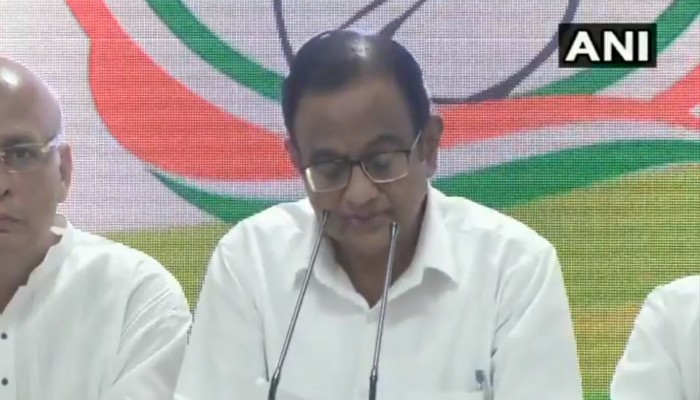 On August 15th, Sonia Gandhi and Rahul Gandhi didn’t even bother to turn up for the flag hoisting at the Red Fort. While most of us are familiar with the petty-minded thought process of the Gandhi family, this was a total new low. It is exactly this kind of pettiness that the people of India rejected, just a few months back. How can such common sense elude the mighty Congress party?

Or let’s even take the entire drama orchestrated by P. Chidambaram yesterday before his arrest. After getting a record 28 anticipatory bails, the law finally decided that it is time he be granted no more bails. Then he goes incommunicado for a full 24 hours. Then he turns up at the AICC office and waxes eloquence about constitution, life and liberty! He then hurriedly rushes out, whilst the whole country is witness to the fact that all this drama was played out at the headquarters of the AICC. At the headquarters of the AICC! Even staunch supporters like Malini Parthasarathy were aghast at these childish dramatics. Which definitely begs the question – how can such common sense elude the mighty Congress party?

The mighty Congress was reduced to a rubble – not once, but twice. One just needs common sense and does not have to be an intellectual to understand why they were rejected so badly by the people of this country.  And so, no one was surprised when Rahul Gandhi resigned taking responsibility for the second drubbing. Everyone knew this was simply a charade. However, what followed for the next 70 days was comical beyond belief.

If one were to read the English papers and follow the INC handle, one would have the impression that it is all gloom and doom in Kashmir only from the 5th of August. While I am quite active on social media, I don’t have many political discussions in real life. And even I was surprised at how many folks had approached me to express their happiness on this bold step by Prime Minister Modi. After listening to Amit Shah’s reply in the Rajya Sabha, more folks approached me telling me that they were totally unaware of how bad this article was! Some were shocked that there existed an article like this that alienated a portion of our country too. Some were shocked that many laws didn’t even apply to J&K all these years.

And then Ladakh MP, Jamyang Tsering Namgyal’s, speech went viral. The popularity was because of the new information the people of this country received. Crores of us didn’t even know the problems of the people of Ladakh and Jammu regions. We didn’t even know how they were being held hostage to the machinations of Article 370. Armed with this new information, people of the country were even more ecstatic at this bold decision of the Modi government.

And yet miraculously, the mighty Congress party has been going against this very tide, right from the word GO. P. Chidambaram talks of “fatal legal flaw” without telling us what the fatality is. Adhir Ranjan Chowdary, on the floor of the Lok Sabha, questioned if J&K was even an internal matter of India! The comment was so horrific that Sonia Gandhi didn’t even need sources to tell us that she was disappointed – she conveyed it quite clearly on the floor of the house itself.

Take a look at Rahul Gandhi’s twitter handle – he is carrying out with the same rhetoric and language that the people of this country have rejected. The responses to his twitter feed are enough to give him a reality check. Rahul Gandhi visited his new constituency for a few hours – and we had pliant media telling us how he is charting a whole new course! The author of the article also tells us that Rahul Gandhi didn’t speak on Article 370 to avoid confusion but going forward he will speak more in Parliament. How long does Congress party want to feel good on planted news like this? How can the Congress party continue to think that people of India will still buy these stories? Am still amazed at how can such common sense elude the mighty Congress party?

One can surely understand the turmoil the party is going through. A few mistakes are indeed expected. But the basic level of mistakes that are being committed, the eagerness to be on the wrong side of history and the unmatched arrogance with which they are approaching the democratic verdict of 2019 – one cannot wonder and ask – how can common sense elude the mighty Congress party?