How do residents of Delhi view the threat of Pollution? 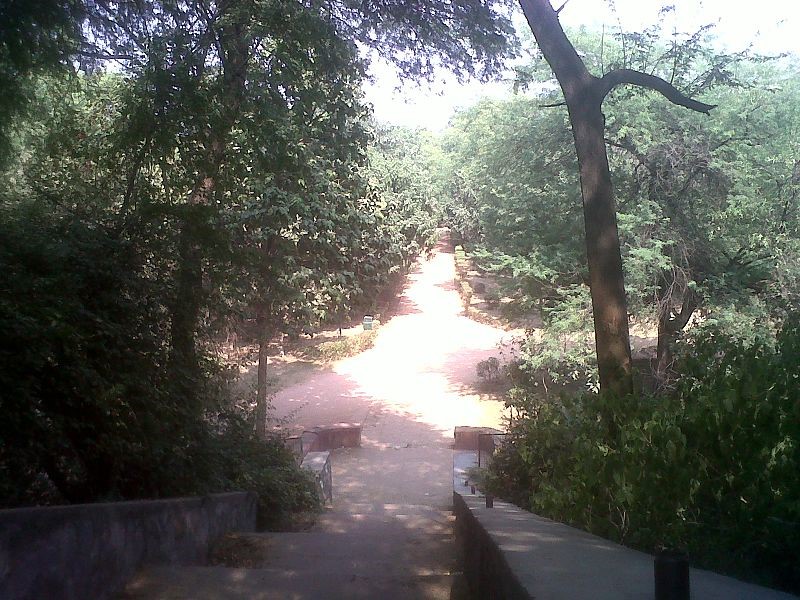 This study was undertaken in the winter of 2015 to assess selected environmental conditions in the National Capital Region (NCR). The study was motivated by the public anxiety with the high level of smog during winters causing acute respiratory problems in the NCR. The degradation of another natural resource in NCR, river Yamuna, has been such that it has become dangerous for human consumption. The residents of NCR have also been subjected to mass level destruction of green cover during the Commonwealth games in 2010 organized by the then Congress party led government[i]. The aim of this study is modest. It is to conduct a survey to systematically understand the dynamics of environmental concerns of citizens of NCR and assess what specifically they are willing to contribute in monetary terms for the protection of natural resources in their immediate areas. In general, it is imperative to know the economic worth of environmental resources so that we can have a true measure of economic growth by subtracting the depreciation of natural resource if the natural resource gets affected in the development process. The value of these resources can only be computed indirectly through the techniques like CVM as it cannot be known through market mechanism.

Any urban area requires a diversely located green lungs in many parts of the city. In NCR, one such green lung is Hauz Khas District Park in South Delhi. It is a large area, spread in about 365 acres comprising of a deer park, a lake area (known as Khilji lake), a rose garden and sports area (known as IIT complex). This park was selected as it has both use and wild components of the natural resource.

For the study, a primary Survey was undertaken through a pre-designed questionnaire and interviews were conducted in person with the 580 citizens residing in the area surrounding the natural resource in the months of March and April of 2015. Data were collected from the areas up to 2 kms surrounding to the park.

Source for the map: www.wikimapia.org

The survey involved gathering information on the opinion of importance of the environmental goods such as the neighbourhood park; and the possible valuation of this district park. Contingent Valuation Methodology (CVM) was used for estimating the valuation. In this method, economic value is estimated by ascertaining willingness to pay through an appropriate survey using a hypothetical market condition as real market information is not available directly or indirectly.

The reason for choosing CVM for estimating worth of a natural resource in this study is that by applying this technique, both use and non-use values can be computed. However, the main limitation of this technique is that results on valuation vary on the choice of elicitation techniques and framework of questions.  In this study, the double dichotomous choice question followed by an open-ended question was used for elicitation technique as this is the most recommended in the literature (Carson, 1999; Nunes, 2002; FAO, 2000).

The survey found that citizens placed a high priority on the sustainable environment. On the question âhow serious you consider the talks that âPollutionâ is a matter of real concernâ, 80% of citizens responded it as very serious and 18% put it in serious category. For the same question on âGlobal Warmingâ, 51% and 38% citizens responded with very serious and serious concerns. However, only 44% of respondents felt âThe loss of Speciesâ as a very serious concern with other 41% of respondents saying it as a serious concern. The survey also asked for ranking of the source of information on environmental issues. Results indicated that the most of the information people get on environment is through media reportage and articles (68%). Appeal by the government (through media or otherwise) on environment issues has little recognition among citizens as main source of information (2%).

The survey also asked questions about respondentsâ willingness to pay (WTP) per year to protect the Hauz Khas District park other than municipality taxes they pay. These questions intended to know the value of the park among citizens which is in the vicinity and many of them directly using it.

The survey results show that on an average each household is willing to pay INR 1,147 per year (using arithmetic mean of WTP amount of all respondents surveyed), and INR 872 per year (using median) in 2015. The worth of the Hauz Khas District Park as natural resource in 2015 is found to be INR 13 Crore (using mean value), and INR 10 Crore (using median value) for one year for all households residing around the park (i.e. in ward No. 11, 13, 14, 15 & 16) other than municipal tax they pay.

Thus, Delhi Development Authority, the maintenance agency of the park provides services of commercial worth of at least INR 10-13 Crore per year to the citizens residing in the vicinity of the park (As argued above, citizens were found to be willing to pay a good amount for the protection for the park. Depletion of this resource would certainly decrease the welfare of citizens).

However, this study is based on the hypothetical survey. The results would vary when people would be asked to pay in the reality as during the survey we faced many protests (by 45 respondents) to pay for the park with the main reason that it was responsibility of the government to maintain. The number of protesters may increase during the actual process of collection. Also, the results could have been different if we had asked about how much monetary compensation they were âwilling to acceptâ if the park is destroyed for some other commercial development. However, citizens showed huge support for the park to stay in the present ecological form and this was irrespective of the amount they quoted to pay.

The study also examined the socio-economic and other characteristics which could influence WTP of citizens. For this, suitable[ii] multivariate regression techniques were used with WTP amount as dependent variable and education dummies, occupation dummies, income dummies, age dummies, gender dummy, zero protesters dummy, number of members in family and whether ever visited or not dummy as independent variables. In socio-economic characteristics of a person, income, occupation and education are significantly[iii] the most influential in determining WTP for the park. Specifically, we found a very high positive relationship between income of the household and willingness to contribute. A significant determinant of WTP is found to be incidence of visit to the park.

A person who has visited the park is willing to pay more for the park.

This study with sample size of 580 in South Delhi provides some indications to the maintenance authority of the park on the concerns of the citizens in the vicinity of the park and pattern of economic valuation for the park which they should consider for the policy formulation on the development and sustainable management of a natural resource. At broader level, researchers are urged to undertake more such studies.