Hindus Under Attack in Fiji 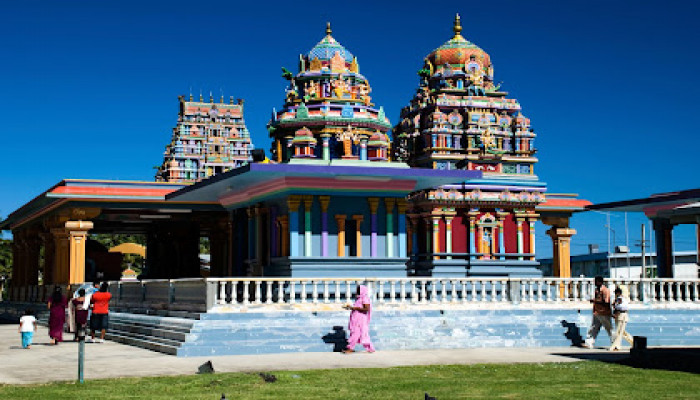 Is Aiyaz Sayed-Khaiym engaging in Jihad against Hindus through the patronage of the Fijian government and with the help of Pakistan?

Fijian Prime Minister Frank Bainimarama, the 8th and current Prime Minister of Fiji came to power in 2007 through a coup. He gave the impression that he intended to unite Fiji. However, the attacks against Hindu Fijians have not stopped. In recent years it has assumed monstrous proportions. Hindu Fijians claim that the latest round of persecution is being headed by Aiyaz Sayed-Khaiyum. He is the Fijian attorney general and Minister for Economy, Civil Service and Communications.

Prior to his appointment as a cabinet minister following Bainimarama party’s FijiFirst general election victory in September 2014, he was the Fijian attorney general and the Minister for Justice, Anti-Corruption, Public Enterprises, Communications, Civil Aviation, and the Minister responsible for Elections under the Bainimarama Government. According to The Economist, the daily functioning of the Fijian government is run by Sayed-Khaiyum. The South China Morning Post describes him as one of the South Pacific’s most powerful men.

But what stands out as the force behind Sayed-Khaiyum is not the blessings of Bainimarama, who handed over power to him temporarily, while he was recovering from a heart attack, but a nation far away, India’s neighbour, Pakistan. Such is the involvement of Pakistan, that the 2017 elections in Fiji were conducted by a Pakistani company NADRA which is Pakistan's National Database Registration Authority. The same company is now being accused of ballot stuffing and election fraud.

Khaiyum engaged NADRA, a Pakistani company, to manage Fiji’s 2018 election system. This is the same company, as reported by the Pakistan Inter-Services Intelligence, whose top-ranking officers helped terrorists and other miscreants obtain fake Pakistan national identity cards 1,2. Their officials allegedly issued ID cards to militants, including some linked to al-Qaeda, in return for bribes as small as US$100. So why did Khaiyum recruit them for their services? There does not seem to have been any public tender issued for such a service. So how was NADRA awarded the contract?  And what are the terms of the contract?  With all this secrecy it can only mean that dirty tactics and vote rigging were involved. This helped Bainarama to remain in power which was not free and fair, with serious accusations of rigging and fraud.

Sharvada Sharma, in his capacity as the Solicitor-General for 10 years, loyally served Sultan Aiyaz Sayed-Khaiyum. Yes, 10 years. When Khaiyum lost the initial court case that he brought against former Sodelpa MP Niko Nawaikula, he blamed it on Sharvada. So Khaiyum made the following plan: First he used his puppet Bainimarama to demand Sharvada resign. Bainimarama is known in Fiji to be a bully and a thug. Sharvada refused to resign and resisted the bullying and thuggery of Bainimarama. Next Khaiyum used Elections Supervisor Mohammed Saneem to lodge a complaint against Sharvada which got him dismissed.

With links to Pakistan, people in Fiji see this as a case of the jihadi brotherhood hanging up a Hindu. Sharvada was given the dismissal letter on Diwali day in 2021 last year when he was about to do his main pooja in the evening. Sharvada felt deeply humiliated being given the dismissal letter by Khaiyum’s goons when he was about to do Diwali Pooja. Although Sharvada has filed a court case, Khaiyum's judiciary is dragging the case continuously which is against the 2013 constitution. Under the 2013 constitution, only the Chief Justice and President can dismiss the Solicitor-General but in this case, Khaiyum and Saneem got rid of a top devout Hindu like Sharvada. Judiciary and justice system have all been destroyed by Khaiyum and his thugs.

Dr Neil Sharma diligently served as one of the top Health Ministers in the Bainimarama Government from 2009-2014. After winning his seat in the 2014 elections, Dr Sharma was not included in the cabinet by Khaiyum. Reliable reports confirmed that Khaiyum was influenced by top FijiFirst donors not to give the health portfolio again to Dr Sharma because he was strict when it came to food production and its quality. And top FijiFirst donors were only willing to adulterate food products with cheap ingredients which was opposed by Dr. Sharma. Khaiyam has a single-point agenda, which is not to let Hindu intellectuals have any say in the Government, even if it goes against the nation's interest. With Bainimarama echoing him regularly, it shows who is running Fiji. A case to highlight is what happened in 2015.

In 2015, NFP Leader Dr Biman Prasad brought a motion to Parliament whereby he called for an increase in the health budget to address the rising Non-Communicable Diseases (NCD) cases in the country. It was a very good motion and as former Health Minister, Dr Sharma knew its importance and so voted in favour of the NFP motion. Then Leader of the House, Pio Tikoduadua (now NFP President) sorted this issue out with Bainimarama and all was okay since Dr Sharma was asked to vote along party lines next time. But Khaiyum got angry and wanted Dr Sharma out. Bainimarama had no option but to listen to his boss Khaiyum and on his demand, forced Dr Sharma to resign. Bainimarama then told Pio Tikoduadua, Leader of the Government, that his advice was worthless and he will only listen to Khaiyum. Pio Tikoduadua felt humiliated and resigned. Because of Khaiyum’s big ego and arrogance, FijiFirst lost 2 good and capable people like Tikoduadua and Dr Sharma.

In a nation where the government holds a big sway, it can be assumed that temple attacks cannot happen easily without the nod of the central authorities.  A few cases of temple attacks highlight the precarious situation Hindus in Fiji live.

September 2019 — A man broke into a temple in Suva and stole several religious items. (U.S. Department of State, 2020)

August 2019 — The temple door and windows at the Kaliamman Temple of Vomo St, Lautoka were broken by vandals. (Chaudhary, 2019)

July 2019 — At least two temples – the Sita Ram Mandir of Calia, Navua and the Hindu Temple at Malolo, Nadi were broken into and donation collections were stolen. (Gopal, 2019; Chaudhary, 2019)

January 2018 — At least one temple near Suva was vandalized, while others in Suva were reportedly also broken into in previous months. (Radio New Zealand, 2018)

December 2017 — The Tirath Dham temple in Nadi was vandalized with racially motivated graffiti, donation boxes were stolen, and murtis (statues of deities) were desecrated with paint poured on them. (Radio New Zealand, 2018)

In the last few years Hindu activities have been brutally purged under instructions from Khaiym and Hindu activists have attracted false cases. The public shaming of Hindus who rose to prominence adds to the low morale of Hindus in Fiji where conversion is rampant.  Also, the involvement of Pakistan and thereby its ally China calls for much concern in the Pacific nation. It not just endangers the interest of India, the United States but also Fijian Hindus. The Fijian Hindus whose forefathers mostly went to Fiji in the late 19th Century from India have been under constant attack.

While 45% of Fijians called themselves Hindus in the 1976 Census, only 27.9 % people are Hindus according to the 2007 census. Most of the Hindu population has strong ties to India and thus an effort is made by India’s enemies in collusion with the Church to convert the Hindus and stop Hindus from staying organized. A series of coups in the last few decades have been directed in that direction.

With the elections to be held by January 2023, the Hindus who can vote need to organize themselves to stop the intervention of civilizational enemies threatening the existence of the community. A strong Hindu community in Fiji is not just in the interest of India but Hindus in Fiji as well.  How they vote will decide the civilizational existence of the community in the Pacific.