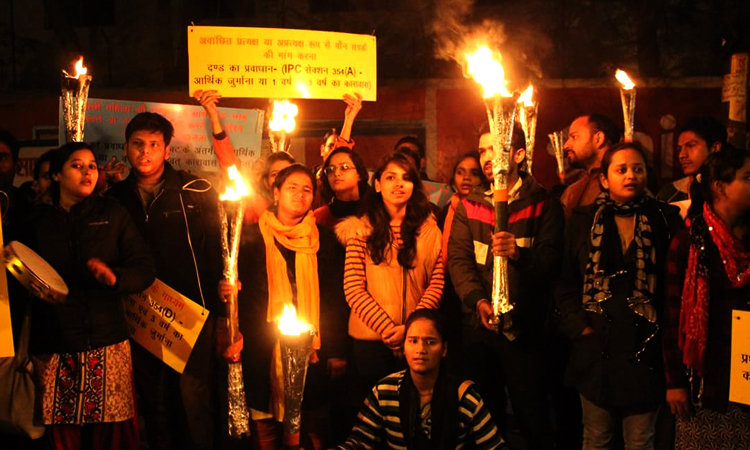 Harassment of women in public places is a complex issue that needs to be combatted through different approaches depending on the situation. I aim to restrict this article only about what can be done to prevent incidents similar to incident in Bengaluru on New Yearâs Eve from happening again.

Let me open this discussion by saying that the men who indulged in mass molestation in Bengaluru on New Yearâs Eve are the worst degenerates, the very scum of the society, who deserve nothing but the harshest punishment. Lock them up and throw away the key, I say.

The argument that women should take care of how they dress, and what time they stay out, is possibly the vilest form of victim shaming. We are a free country, and if no law is broken, what women wear, drink and do, is their choice, and their choice alone. Sufficient evidence is available to show that availability of opportunity is the single biggest factor in a sexual predatorâs mind. The idea of safety through unilateral lifestyle restrictions is both morally and practically hollow.

So, what will work?

Honestly, I donât know. But here is what I know- harassment and molestation of women in crowded public places is essentially a law and order problem. I was truly surprised to see almost no retired /serving police officers in any of the television debates on this subject. Saying that police failed to prevent molestation in Bengaluru and hence we should let activists speak on the issue, is like saying since a doctor failed to prevent the disease from spreading, letâs consult a Chartered Accountant. The solution to failure of police department is fixing the failure, not handing over the job to someone without the specific domain expertise.

I am also surprised why nobody is suggesting that we need to start profiling the attackers in such cases.  Is there an age group, a faith, an ethnicity or an occupation, that the molesters belong to in disproportionate numbers? Will this not be an important information to know if the solution is to work on changing the attitude of men? The irony of the situation is that while we are willing to condemn all men for such incidents, a lot of us will object to such profiling for the fear that such study might persecute some section of the society. While the concern may not be entirely misplaced, the mere possibility of this should not stop us from knowing the truth.

And while I am against putting restrictions on women to prevent attacks, I also feel that putting restrictions in itself should not be taken off the table. Which is to say, that while women should never be told the time they can stay out etc., if the law enforcement machinery feels it needs to apply certain restrictions on everybody to maintain law and order, they should be allowed to do so. For instance, how about a busy area getting cut off for new entries if the police feel the crowd in that area has reached the threshold limit of their management capacity?

Very often, people think of their personal safety as the stateâs responsibility that the state needs to execute keeping their convenience in mind all the time. Your safety is not a challenge the state needs to fulfil in order to win your approval, but a responsibility it can execute only with your complete cooperation. It If the state feels it needs to put restrictions on your movement, temporarily to keep you safe, donât be an entitled jerk about it.  I am no constitutional scholar, but I am sure the constitution does not guarantee your right to stay on the streets past midnight, irrespective of the situation (special emphasis on the last part).

And while we are on the subject, can we also address the elephant in the room- alcohol consumption? As a twenty-year veteran of alcohol use, I can vouch personally that most of the ideas one gets after consuming alcohol are catastrophically bad. Without undertaking the recommended profiling (suggested earlier) , I can guarantee that virtually all the molesters would have consumed alcohol on 31st.

Am I seeking a ban on alcohol? Of course, not. I am a firm believer in the tenet that if you outlaw something, only outlaws will have it, and hence bans must be used with extreme caution, and only as a last resort when all else fails. What I am suggesting is certain restriction, on certain days. How about creating alcohol-free New Yearâs celebration zones where you would not be able to go if you had consumed alcohol?  How about asking restaurants to insist on serving only those patrons with designated drivers with them? How about asking them to stop serving alcohol may be a good two hours before the midnight? Or, purely as a shock therapy, how about declaring 31st December as a dry day for the next two years or so? Again-  consumption of alcohol is not your fundamental right. Stadiums and sports venues around the world routinely ban alcohol consumption and distribution based on past behaviour of fans. I see no reason why New Yearâs Eve celebrations should be an exception.

Some of these suggestions are likely to be greeted with protests of âauthoritarian stateâ cries from the âpersonal libertiesâ crowd. These folks are caught in the strange dystopian land where 1) they admit to the epidemic like proportions of the harassment crisis 2) expect the state to fix it and 3) not allow any of their personal liberties to be curtailed.

A contrarian note now, as I would like to remind my fellow Indians what American broadcasting legend the late Edward R Murrow once said âWe will not walk in fear, one of another. We will not be driven by fear into an age of unreason.â A problem as serious as Bengaluru is apt to bring out solutions that are likelier to harm us in the long run. Maintaining perspective is important. There are three arguments/instances that I would like to discuss in this context.

First, columnist and media entrepreneur, Harini Calamur tweeted yesterday, that in the aftermath of the molestation incident at Bengaluru on the New Yearâs Eve, maybe we should ban men from venturing outdoors at night to prevent a repeat. Even more frighteningly, lot of people supported this suggestion. One friend suggested that at least stags (single men) should be banned.

First, it is naÃ¯vetÃ© bordering on stupidity to assume that savages who indulge in such acts will be deterred by a ban on their movement. The only men likely to heed such order, are the ones who would never indulge in a heinous act like this anyway. Also, since over 90% of police force comprises of men, I am not sure if Ms. Calamur would want the police to stay home too, or if she thinks of men as that complicated species that cannot be trusted to let roam on streets, but can be trusted to keep women safe as soon as you give them a uniform?

Next, yesterday a hashtag #ArmTheGirls was run by some handles with the suggestion that women should pick up arms to defend themselves. Assuming the promoters of this idea meant firearms, I cannot warn strongly enough against this.

The idea of arming its citizenry to defend against tyrannies has left United States a dysfunctional mess with over 30,000 gun related deaths every year. More importantly, United States has no better record of womenâs safety than comparable countries with stricter gun control laws.  As a matter of fact, the homicide rate of women in the USA is considerably higher than Asia and Europe.  Also, an international survey done during 2005 to 2012 showed that of the total number of women murdered, 55 % were murdered by their spouses or members of their family. I have no reason to believe the numbers will be any different in India. In an inherently patriarchal society likes ours, providing access to firearms to women can also mean putting murder weapon within easy reach for their murderous spouses /family members.

Even if you apply the woman with gun solution to the NYE like situation alone, you can easily see the dangers it is fraught with. Any person who has served in combat will tell you that handling firearms requires hours of training and practice. In United States alone, there are over 700 deaths due to negligent use of firearms every year. A misdirected shot in crowd of New Yearâs Eve is all it will take to start a stampede.

Lastly, about the #NotAllMen controversy.I see a lot of feminists getting angry with those who chose to defend men as a gender at a time when passions are running high. I would argue that the origin of #NotAllMen is with the feminists, as even while criticizing men as a gender, most of them seem to take care to point out that the men in their lives are different. The moment you refuse to explicitly condemn your own male relatives/friends, you are already making the #NotAllMen argument. If anyone else chooses to pick it up and present it, they are perfectly within their rights to defend.

The more worrying aspect of this debate, and one that becomes apparent every time we discuss any issue where high passions are involved, is the expectation that the intensity of your stand on an issue should automatically convince your ideological opponent into accepting your view point. Arguing that those disagreeing with your argument are morally deficient, will only further polarize the already highly identity driven discourse.  Edward R Murrow (in the same speech I quoted from earlier) said âwe should not confuse dissent with disloyalty.â He was warning the government, but I think this is an apt warning to lot of friends in the context of this discussion too.

It is perhaps fitting to my case, that in the movie too, it is the street-smart, practical Caffey and not the idealistic Galloway that saves the defendants from punishment. 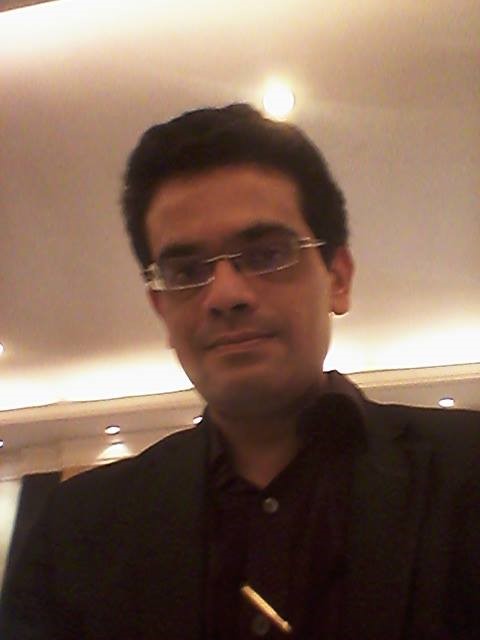