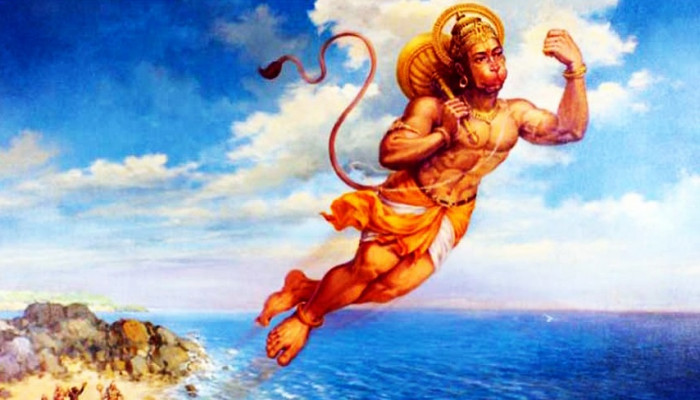 “then my flight path will become like that of Star Swati and its constellate stars twinkling in the sky…” says Hanuman as he stood on the Indian shores facing a humongous task of reaching Lanka ahead of him.

Why is Hanuman comparing his journey with that of Swathi nakshatra? What is so special about Swati nakshatra?

Swati is one of the 27 ecliptic nakshatras used in Indian luni-solar calendar. In the sky chart SwÄti is assigned to western Arcturus which is the fourth brightest star in the sky, and the brightest in the constellation Boötes. It is an orange giant.

Interestingly, Swati was not the first/only name assigned to Arcturus by Indian astronomers. We find Taittreya Brahmana calling Swati as Nistya.

This appears to be a strange name since Swati is already quite away from the ecliptic and we do not find it behaving strange as of now if the name is believed to be just 3000–4000 year old (timeframe usually assigned by the Western Indologists for Indian Astronomy).

Additionally, it is very curious as if the ancients were observing its high movement and thus assigned SwÄti to Vayu-Wind god. We in fact also see the Maitriyani Upanishad linking stars with wind when it says stars are held by ropes of wind.

1.7: “And what of these? There is the drying up of other great oceans, the falling of mountains, the moving of the pole-star, the cutting of the wind-ropes (that hold the stars), the submergence of the earth, and the departure of the gods (suras) from their place”

Luckily, the First PrapÄá¹­haka of the Third KÄá¹á¸a of the TaittirÄ«ya-BrÄhmaá¹a has some interesting facts in it. It does give us a hint of the character of star SwÄti when it says — “To the faculty of moving at will, to conquest-swaha!”.

What can be the link between Swati and “moving at will”?

When went deeper into the contemporary sciences we find something very interesting about Arcturus’s own intrinsic or proper motion.

Proper motion of a star:

Arcturus or our Swathi stands out among its fellow stars because it is moving rapidly in relation to the Sun (122 km/s or 270,000 mph) as well as perpendicular to the galactic plane in which the Sun revolves2.

A sample of Swati’s movement in the span of just a lifetime (50 years) is shown below;

This star with high proper motion (for an ecliptic star) would have obviously behaved strange if observed for thousands of years and it is still foreign to (or just approaching) the ecliptic.

The best way to visualize this is to compare the pictures of the past when she was a pole star and left the place towards ecliptic, with today’s present sky chart.

2) Whereas, in today’s time she has moved to the right side of Saptaá¹Åis.

In other words, at some point of time after 58,000 BCE; Swati nakshatra left the pole position and embarked on its journey towards the ecliptic!

How did HanumÄn know that SwÄti naká¹£atra had a flight path? The answer to it is only one, and that is, she had been continuously observed from deep antiquity and the knowledge of such events were recorded invariably.

With all this evidence, we can now understand, why when HanumÄn was about to leap towards Laá¹kÄ he uses the metaphor of SwÄti naká¹£atra’s great leap/flight path.

Structuring the complete study in the “5 step Logic of Scientific method” – Explanation, Prediction, Testing form is presented below;