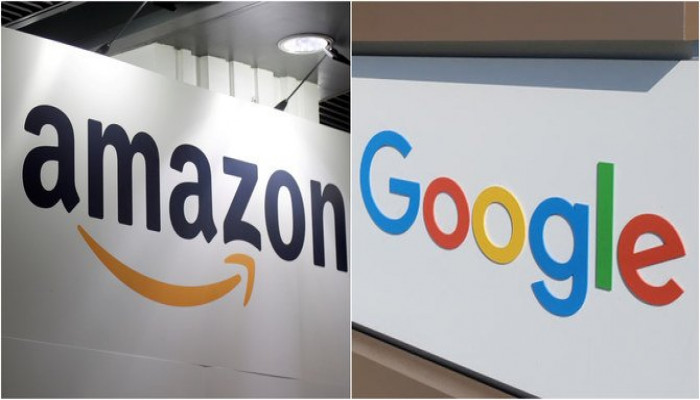 On Tuesday, a group of workers at Amazon and Google released an open letter for their employers to reject the contract of $1.2 billion with the Israeli government and cut all ties with the country's military.

The letter demands the termination of Project Nimbus, according to which both tech companies will provide cloud services to the Israeli public sector and the Israeli military. This contract was signed on May 24 this year amid then ongoing attacks by both Israeli force and Palestinians.

"We condemn Amazon and Google’s decision to sign the Project Nimbus contract with the Israeli military and government, and ask them to reject this contract and future contracts that will harm our users," the workers said in the letter published in the Guardian newspaper.

"The technology our companies have contracted to build will make the systematic discrimination and displacement carried out by the Israeli military and government even crueller and deadlier for Palestinians."

"We cannot look the other way, as the products we build are used to deny Palestinians their basic rights," they said.

The workers claims that the contract will deliver cloud services to Israel that will help illegally collect data on Palestinians, which could be used for further surveillance and facilitates expansion of Israel’s illegal settlements on Palestinian land.

First a group of Google employees sent a letter to the company's CEO, Sundar Pichai, to put out a statement condemning the attacks, including "direct recognition of the harm done to Palestinians by Israeli military and gang violence".

After this, more than 600 Amazon employees sent a letter to CEO Jeff Bezos, urging the company "to commit to review and sever business contracts and corporate donations with companies, organizations, and/or governments that are active or complicit in human rights violations," including the Israeli military.

Also, another tech giant Apple was also called on recognise statements like, "millions of Palestinian people currently suffer under an illegal occupation".

In response to Tuesday's letter, a spokesperson for Amazon Web Services told Middle East Eye that the company was "focused on making the benefits of our world-leading cloud technology available to all our customers, wherever they are located.”