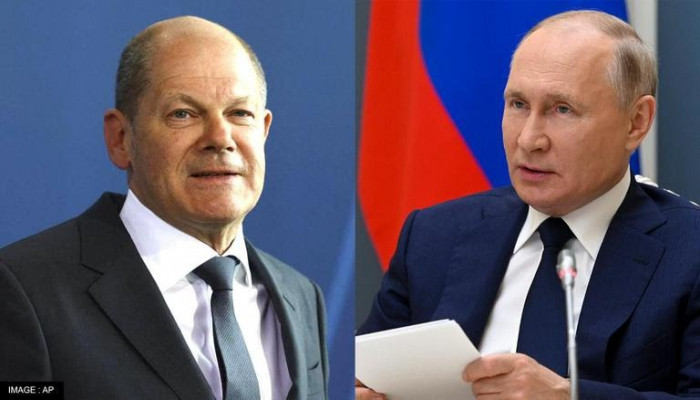 German Chancellor Olaf Scholz has raised doubt on the possibility of banning the issuance of Schengen visas to Russians. Addressing a press conference on August 11, Scholz called it "difficult" to imagine such a development, Interfax reported.

He made the remarks in response to a question regarding the proposal to ban the issuance of Schengen visas - a short stay visa to the 26 countries in the Schengen region to Russians.

Meanwhile, Andriy Yermak, head of the Ukraine President's Office, called for isolating Russia from the civilized world. Taking to his official Twitter handle, Yermak stated that the ban on the issuance of Schengen visas to Russians is one of the priorities of the European Union in the new package of sanctions imposed against Russia. Yermak tweeted, "A true USSR resident should be isolated from the civilized world.

Ban on issuing Schengen visas to Russians is one of the priority goals of the new EU sanctions package. Let's help the Russians restore the mothballed Soviet Union within their borders." In another tweet, Yermak stated that Estonia has made the decision to close its borders to Russian nationals who possess Schengen visas, with some exceptions.

Earlier, German spokesperson Steffen Hebestreit said that the proposal to ban the issuance of Schengen visas to Russians has been presented for discussion in European Union, TASS reported.

Hebestreit stated that Germany will hold talks regarding the proposal between the members of the cabinet and within the EU. He stressed that the discussions have not been completed yet and he cannot divulge "interim results."

Earlier this week, European Commission spokesperson Anita Hipper stated that the EU does not have a process to prohibit issuing short-term visas to foreigners, including Russians, as per the Interfax report.

Hipper underscored that the EU takes each case into account under specific circumstances, like humanitarian cases. EU spokesperson Anita Hipper made the remarks in response to a question regarding statements made by EU nations to ban Russians from entering the nations in the bloc on short-stay visas.