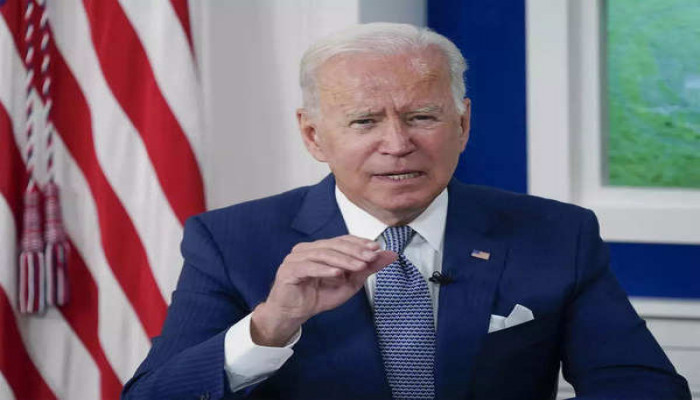 "Together with G7 partners, we aim to mobilize $600 billion by 2027 in global infrastructure investments," the White House said shortly ahead of a speech by Biden unveiling the proposal.

Unlike China's huge BRI initiative, the proposed G7 funding would come largely from private investors and is therefore not guaranteed.

The plan, which relaunches a first attempt unveiled during last year's G7, will target countries desperately needing everything from roads to harbors—and until now often relying on the Chinese.

According to an AFP report, the gargantuan BRI project has successfully used Chinese infrastructure know-how to spread Beijing's economic and diplomatic tentacles into strategic points around the world, leaving Western governments flat-footed.

Biden, whose presidency is centered on restoring US leadership after the isolationist policies under Donald Trump, says his version will not only catch up but provide a better alternative, the report added.

Unlike the Chinese version, reliant on state-controlled funds and companies, Biden said the US and other G7 governments will only provide limited amounts of money while incentivizing massive private sector investments.

In this capitalist vs communist scenario, US officials say, recipient countries will be able to avoid the alleged debt traps and other strongarm tactics used by the Chinese to extend their physical investments into a political and financial grip on vulnerable nations.

Between now and 2027, the US government will shoot for the $600-billion figure "through grants, federal financing, and leveraging private sector investments," the White House said.

"This will only be the beginning: the United States and its G7 partners will also seek to mobilize hundreds of billions in additional capital from other like-minded partners, multilateral development banks, development finance institutions, sovereign wealth funds, and more," he said.

A senior US official acknowledged that the West is currently in second place when it comes to the global infrastructure game.

Yet he denied that China has a real advantage.

"There's no doubt that the Belt and Road Initiative has been around for several years and it's made a lot of cash disbursements and investments—and that we're coming to this after years of their investments," the official was quoted as saying by AFP.

"But I would argue that it is definitely not too late. And I'm not even sure that it is late."

The official, briefing reporters on condition of anonymity, said that "many countries" which partnered with China were suffering buyer's remorse, concluding that Beijing was more interested in establishing economic and geostrategic footholds than benefiting locals.

"We're coming to you with an offer to make investments to actually improve your country, to improve the economy and to have lasting effects on GDP and your populations," the official said. "I think that is the deal that is being offered."

While the obvious targets for the US-led initiative are in Africa, South America and much of Asia are also on the radar. Fallout from Russia's devastating invasion of Ukraine means that "even places in eastern Europe" could be brought into the fold, the official said.