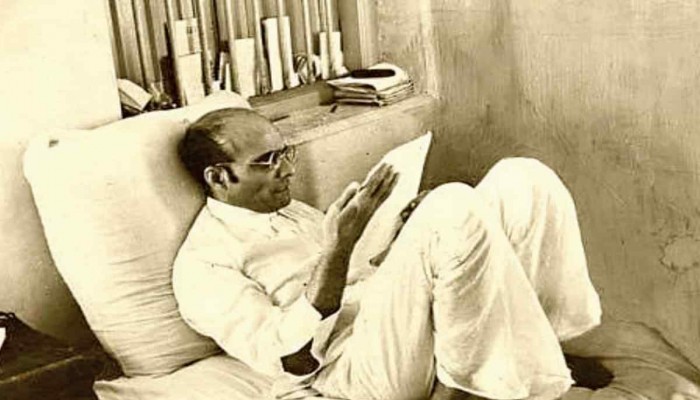 History may or may not repeat but it definitely rhymes and it rhymes with clarion amplification when political conditions in country spin out with same issues. The urge in the people to revive history gathers momentum once they are settled with a belief that for considerable period their rights are thrown to wind by not hitting at the root cause of problems which they are grappling with. Hindutva is one of such topics which have long hermeneutical history, right wing ideologues hold Hindutva in high regard at epistemological level and for left leaning intellectuals, Hindutva is force of devastation which inherently foments divisiveness in the society.

Before independence India had put Hindutva at premium. The intellectual discourses till 1930 had bona fide freedom of expression about Hindutva. Though the ideological differences had been there in the society the concept of cultural nationalism was never set at vitriolic attack on the contrary the discussion was circumambulating around the culture only with vertical division between hardliners and soft liners. Around 1933 when Veer Savarkar reduced into writing a magnum opus on Hindutva with a same title and thereby rendered a codified value to the scattered principles of Hindutva, the forces at variance initiated targeted polemics to vitiate the very foundation of its discourse. A non-tolerance towards even an existence of Hindutva ideology stirred hornets’ nest thereby pushing nationalist voices in the society to render true accounts before society.

After the advent of socialist leaning constitution of India and gradual privileged ideological interpolations in it, threw free and fair ideological exchanges on Hindutva into long haul and in this process all those great souls who devoted their life for cause of Hindutva had been reduced to second class citizens. Their work was either scoffed at as shibboleth or anti-constitutional. These so called votaries of secularism resorted to character assassinations of all who advocated ‘Hindutva’ and they were succeeded by and large by arresting a debate of Hindutva to RSS and Savarkar. Hindutva forces were made to answer selected topics such as Savarkar, RSS and their involvement in Gandhi assassination, demolition of Babri Masjid, distorted interpretation of Madhav Sadashiv Golwarkar’s (Shri Guruji) Bunch of Thoughts, his wrongly attributed heap of praise on Hitler etc., resultantly Hindus were never allowed to peep into the history of Hindutva beyond RSS and Savarkar. It is therefore difficult even among right wing camp to articulate on the contributions of Nabgopal Mitra, Rajnarayan Basu, Chandranath Basu to the Hindutva ideology.

Intellectual bankruptcy of left intellectuals became visible when Veer Savarkar and RSS were portrayed as the only source of Hindutva and thereby denouncing a contribution of Bengal in development of it. It is learnt that Mr. Chandranath Basu used world Hindutva for the first time in the modern history of India, he penned down a book with a title ‘Hindutva’ as back as in 1892 unfortunately the narration by him about Hindutva is least known in public domain. Professor Makarand Paranjpe a well-known scholar and professor in Jawaharlal Nehru University writes that he is unaware of any person who has read book ‘Hindutva’ of Chandranath Basu, such is the plight of Hindu society that the pioneering work on Hindutva has been disposed of to some dark corner of closets in library and gasping to come out of seclusion for more than 100 years. Mahendranath Datta speaking about mid-nineteenth century Hindus said that ‘few people in those days knew what Hinduism was, or its essentials; fewer still had read the scriptures, which were rarely available those days. Hence people found it difficult to refute the ideas of the missionaries.’ The similar type of vulnerability is grappling Hindus even today and although the situation is improving; Hindus are yet to cull out marquee work related to Hindutva from the annals of history causing Hindus to have chinks in armor while defending a cause of Hindutva.

A biggest mishap in the modern Indian history according to me is a rise of communism in West Bengal which eclipsed growth of Hindutva in its cradling land. In 19th Century Hindutva literally roared in Bengal through people like Nabgopal Mitra a least known figure in Hindu History. He was the editor of National Paper and in April 1867, on the day of the Chaitra Sangkranti (last day of the Bengali year) the Hindu Mela was established by him. Through Hindu Mela he conceived idea of attracting educated youth behind the concept of reviving glories of Hindu past and interpreting the western culture and education in terms of indigenous civilization. The aim of the Hindu Mela was to make the people aware of the glories of Hindu civilisation, influence them to cultivate national language and ideas, and honour national symbols. Nabagopal Mitra's idea of fighting the cultural colonialism of the British by reviving the best of ancient Hindu civilisation was firmly supported by several members of the Tagore family who were the main financiers of the new movement. Hindu Mela received huge success due to cultural depiction of Bengal and thereby a Hindu culture in it. Hindu Mela organisers were honored to translate it in English as ‘National Gathering’ since for them Hindu and Nation had been an identical word. It is however, pathetic to mention that the adorable work of man called Nabgopal Mitra which is eternally valid and novel is still struggling to secure its due place in Indic studies.

Rishi Rajnarayan Basu is also one of the chapters of history of forgotten Hindutva voices. He was not only a maternal grandfather of Yogi Aurobindo but a vocal supporter of Hindutva.  Advent of British Empire in India was clothed with their missionary zeal for conversion especially among educated class in the form of western education. Rishi Rajnarayan Basu got anxious about the onslaught on Hindu culture, traditions, believes. He wrote in ‘Prospectus for A Society for the promotion of National Feeling Among the Educated Natives of Bengal’(1867).

“Already a band of young men have expressed a desire to sever themselves at once from Hindu Society and renounce even the Hindu name. It is to be feared that a revolution may sweep away whatever good we may have inherited from our ancestors. To prevent this catastrophe and to give a national shape to reforms, it is proposed that a Society be established by the influential members of native society for the promotion of national feelings among the educated natives of Bengal.”

The composition abovementioned testifies the pernicious impact on Hindu society caused by Anglo-Saxon education system. Rishi Rajnarayan and his like-minded compatriots opposed rationalization of education by way of denationalization. Swami Vivekananda later on pointed out to the world about the same rot having seeped into Indian education system to shatter the very confidence of youth in the Hindu postulates.

Rishi Rajnarayan Basu’s dispassionate analysis of the then situation led to conclusion that a time had come for shaping reform in nationalist cause and for this purpose influential members of native society should take a lead. A thought of ‘Swadeshi’ therefore could be sensed in his ideological set up and it would not be wrong to brand him as a pioneer of Swadeshi ideology. The same Swadeshi ideas later on flowered into a full-blown national movement in 1905.

The attempt to figure out the contribution of the aforementioned ‘Rishis’ to Hindutva philosophy is merely a drop in the ocean and there were several other figures whose works could not be touched upon due to limited scope of the article. However, a moral import of the story is that we Hindus have to set ourselves free from limited discussion on the Hindutva. We have been studying Hindutva philosophies of ancient India or India in 20th Century but there were several stupendous expositions on Hindutva in late 19th century or probably before that can guide us even today. We are in strong need of translating cross regional works in Hindi and English to make it widely available for brain storming common folks. The cultural diversification of India is used by some anti-nationals to propagate their cryptic agenda by doing precious little to bring fore a literature antithetical to their own ideology. However, it is proper time to translate the hidden jewels of regional literature into Hindi or English to have meaningful discourse on all Indic topics and develop sense of pride in the culture of Hindutva.