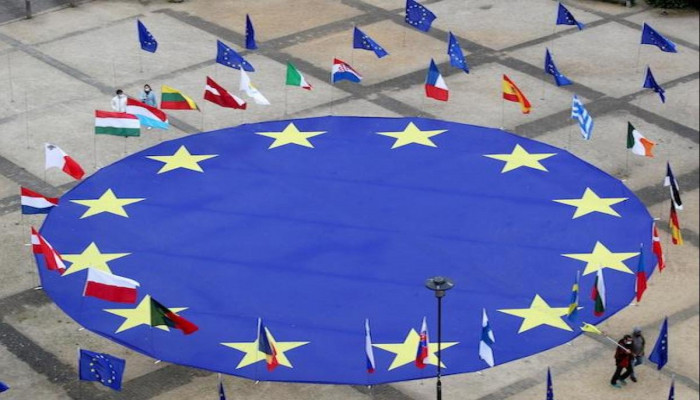 European Union will seek to mobilise $340 billion in public and private infrastructure investments by 2027 to offer developing countries an alternative to China’s massive Belt and Road program.

"Global Gateway will aim at mobilising investments of up to 300 billion euros between 2021 and 2027... bringing together resources of the EU, member states, European financial institutions and national development finance institutions," a commission document said.

This program offers a counter to Beijing’s overseas development plan that critics say has pushed involved countries to unsustainable levels of indebtedness.

“The EU will offer its financing under fair and favourable terms in order to limit the risk of debt distress,” according to a statement from the European Commission.

Partners will have to adhere “to the rule of law, upholding high standards of human, social, and workers’ rights and respecting norms from international rules and standards to intellectual property,” the statement said.

To finance the project, the EU will use its European Fund for Sustainable Development Plus, which can make available 40 billion euros in guarantee capacity, and will offer grants of up to 18 billion euros from external assistance programs.

The program will also seek to “crowd-in private capital” to boost investments, according to the final draft.

Jutta Urpilainen, the EU commissioner in charge of development policy, said Wednesday that the bloc’s development assistance rivalled that of Beijing, adding that “we have been providing grants, China has provided lending.”

The EU is also exploring the option of creating a European Export Credit Facility to complement existing credit arrangements at member states, and increase the bloc’s overall firepower in this area, according to the statement.

The plan mostly brings together existing initiatives and funding programs with the goal of supporting Europe’s interests and competitiveness around the world.

It also seeks to bolster sustainable environmental standards and values such as democracy and human rights.

“Global Gateway has the potential to turn the EU into a more effective geopolitical player,” said Michael Clauss, Germany’s ambassador to the EU.

He said, “For many partner countries, the offer of a rules- and values-based cooperation at eye level will be an attractive alternative to the Chinese Belt and Road initiative.”

China launched its global investment strategy known as Belt and Road, a flagship project of President Xi Jinping, in 2013. Beijing has said it had invested $139.8 billion by 2020, including $22.5 billion last year alone.

Officially, it aims to develop land and sea infrastructure to better connect China to Asia, Europe and Africa for trade and development, and it has found many partners around the world.

But other countries criticise Beijing for inciting emerging economies to take on too much debt, and allege the secretive tender process is prone to corruption. Critics say Beijing's contractual terms ignore abuses of human, labour and environmental rights.