Dharma is learnt by Practice, It canât be taught without Practising 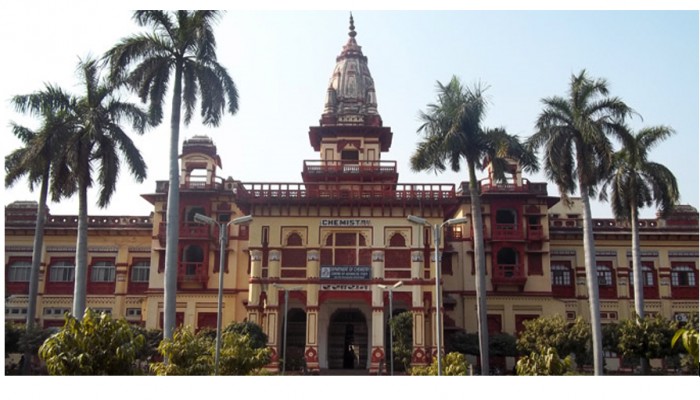 In any academic discipline, the relationship between the Guru and the Shishya is paramount. If there is no synergy between the preceptor and the candidate any attempt at understanding the subject rigorously becomes futile.

Likewise, is the case at BHU. Recently, Prof. Feroz Khan was appointed as an Associate Professor in the faculty of Sanskrit Vidya and Dharmic Vigyan at the university. A student protest followed, condemning his appointment to that particular post. This is not a post of Sanskrit teacher but Hindu theology.

There are many problems with this appointment. And it’s important to note that the person’s religion has everything to do with it. The study of Dharmic Vigyaan deals with the understanding of Dharma Shastras and Karmaangas (The Hindu law and the study of Vaidika rituals). Naturally, this demands a very deep and rigorous understanding of the concerned fields. Karmangaas need practical lessons in order to completely grasp the deeper meanings of rituals. This begs the question- whether Prof. Khan being a practicing Muslim is qualified to teach these sacred lessons in dharma and philosophy. That too, to students who sport a Shikha on their head? In our opinion, the answer is a BIG No.

For starters, a yagya (holy sacrifice) cannot be performed by an avaidika (a non-Vedic person). Feroz, of Islamic faith whose fundamental tenets proscribe the practice of yagya as Haram cannot have a deep practical appreciation of the ritual. Therefore, he does not even qualify to have the very basic prerequisite for the job. Those who have seen the building know that there are statues of Bhagwan Shiv and Parvati on either side of the entrance gate of the department. When a student or faculty enters the building, as a tradition, he first does parikrama of both statues and then puts his foot inside.  Will a Muslim professor do it? The Vishwa Dharma Panchang prepared by Sanskrit Vidya Dharma Vigyan Sankay is used world over as the most authentic and accurate Hindu calendar. So, if someone who doesn’t believe in either Shiv Parvati or Panchang starts controlling affairs there, in how much time will things change?

For these reasons, the BHU Act lays out that teachers of the theological department of the Sanskrit college shall be ‘selected by such members of the society as accept the principles of the Hindu religion as inculcated by the Shastras.’ Such a person cannot be a Muslim by religion.

BHU original proposal made a distinction for the theology department which is renamed now to SVDV where the controversy has started. Please see below excerpts especially picture 3. In other words, this specific dept was setup on #core1 lines. pic.twitter.com/Ci2NXhApAn

There is also a Shila Lekh at the department building which clearly says that a non-Hindu is not welcome in the department. It has been a norm since the beginning. People who are opposing students can say that the BHU constitution doesn’t say it clearly that a non-Hindu can’t be employed in Dharma Vigyan department. But that shila lekh too has been there since the beginning of the university. No one ever objected to it.

A parallel example can be seen at the Aligarh Muslim University. The faculty of theology has two departments; one for Shia theology and the other for Sunni theology.  The teachers in these respective branches need to be practicing Shia or Sunni. They teach exclusively in their own branches and not in the other.

If there is a strong urge to teach the Vaidika philosophy in Mr Khan, then he must truly represent the Hindu culture. It must reflect in his thought and action. This issue of being a practicing Muslim but teaching Dharmic scriptures is a mockery of the Hindus. Could we imagine a Hindu pandit claiming to be an expert in the Hadiths and the Quran? Could we then imagine him professing his understanding of Islamic scriptures to students in a Madarassa? Would the Muslim clerics allow it?

If there is a strong urge to teach the Vaidika philosophy in Mr Khan, then he must truly represent the Hindu culture. It must reflect in his thought and action. This issue of being a practicing Muslim but teaching Dharmic scriptures is a mockery of the Hindus. Could we imagine a Hindu pandit claiming to be an expert in the Hadiths and the Quran? Could we then imagine him professing his understanding of Islamic scriptures to students in a Madarassa? Would the Muslim clerics allow it?

Regardless, any person can develop a theoretical expertise in any given subject. A Muslim can memorise the Vedas, the Srimad Bhagvad Geeta and even the Upanishads and do it much better than many Vaidika practitioners. But will it qualify him to preach Vedas? Certainly not. A practicing discipline needs to be imbibed in any religious scholars. One cannot say that he’s an expert in the multiplicative tables without first practicing to understand it.

A fair criticism could also be extrapolated to the couched intellectuals and God men that the knowledge of Vedas is inconsequential to spiritual awakening. Sri M (Mumtaz Ali Khan) is a living yogi and the disciple of Sri Maheswarnath babaji (a direct disciple of Maha avatar Babaji). He surmises it well in his first book when he expresses his dissatisfaction with the teachings of Jiddu Krishnamoorthy (Who advocated that the knowledge and practice of Vedas isn’t necessary to become a Vaidika scholar).

In conclusion, I would like to submit that while it’s good that Muslims or Christians or people following any faith read and understand our scriptures out of curiosity, but to accept them as experts and believing they will be able to do justice with the customs and traditions of the Sanatan parampara while not following it in person looks very difficult. Because as they say ‘Practice makes a man perfect' and a Guru should be no less but PERFECT.