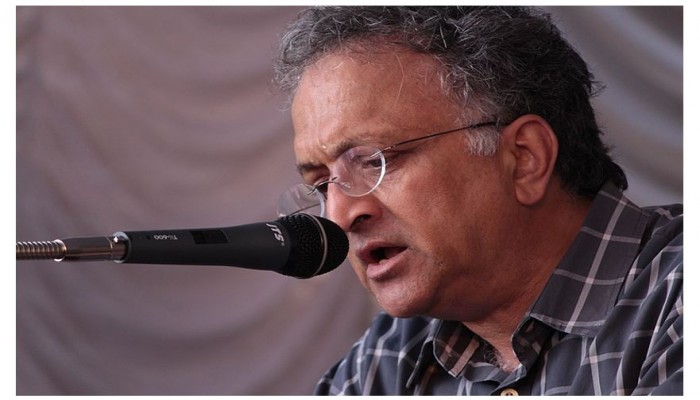 After ‘Idea of India’, “Hindu Pakistan” seems to be the new buzzword in the Indian elite liberal boardrooms these days. The desperation of this club to somehow portray India in such poor light, is reaching unforeseen depths. One of the founding members of this club, Shri Ramachandra Guha, leaves no opportunity to use this phrase and “warn” that India is slowly becoming a “Hindu Pakistan”. In his latest outing in the Indian Express, he reiterates thus:

“The republic of India is not yet a Hindu Pakistan. But it is closer to being one than at any previous time in its existence.”

Well, tough luck Mr. Guha – for it takes extraordinary talent to achieve what Pakistan has achieved. Us poor Indians don't possess so much talent! Nor would we ever be capable of reaching the heights of such talent.

But what drives these club members to so much desperation? Ram Guha summarizes all of this to us in just 5 lines:

“The first decade of the 21st century witnessed communal violence against Muslims in Gujarat and against Christians in Kandhamal. In the present decade, violence along communal lines has intensified. There have been episodes of large-scale rioting (in Kokrajhar and in Muzaffarnagar) while acts of aggression against Muslims and Christians are reported on a weekly (and sometimes daily) basis.“

Doesn’t it amaze you how the members of this club get away with such blatant lies and fearmongering – published in a newspaper available in half of the country? Can Ramachandra Guha give weekly (and sometimes daily) examples of aggression against Christians? Of aggression against Muslims, on a daily basis? He will not be able to – because such things do not exist. Such things do not happen with the alarming regularity the likes of Ram Guha want them to happen. It is a pity (an absolute pity) that this club uses incidents like these to create fear in the society.

The second problem that he highlights is “environmental sustainability”. And here again, we see the typical style of exaggeration. For example: “Our cities have the highest rates of air pollution in the world.” Sorry Mr. Guha, only Delhi has the highest rate of pollution. The others are managing well, or learning well. Another example: “The chemical contamination of our soils is colossal” – no statistics given, no proof provided. Mere statements to showcase death to all of us is just a few meals away!

The third problem that he highlights is one of the most favorite topic of the club- “Despite two-and-a-half decades of impressive economic growth, there remain deep inequalities of wealth and status. The farming sector is in distress and with anti-globalization sentiment on the rise…”

Again, no statistics. Just run of the mill – “inequalities in wealth” – stuff. It is shocking that edit desk of the Indian Express would let this pass. No article on inequality is complete without a reference to the Ambanis – “While some rich Indians build 27-storey homes for their nuclear families, other (equally) rich Indians give away most of their money to alleviate poverty and deprivation.”

I find this obsession with the Ambanis fascinating. No really – what drives this animosity towards them? They didn’t do good things for the liberal club? It’s not that the club doesn’t know about the wealth that Ambanis have created for the country and its people. One day, I would really like to hear someone spill the beans about why the gang hates the Ambanis so much.

Realizing that he has gone way too negative in his first article for the year 2018 – he suddenly tells us that all is not bad with the country. And falls back yet again on their standard group - “Women and Dalits are increasingly challenging patriarchy and caste prejudice.” No mention of which time-period he is talking about. No mention about which government is encouraging them to break these shackles!

“Where businessmen were once confined to particular privileged families, now thousands of young Indians fired merely with intelligence and audacity are starting their own companies in a hundred different fields.” No kidding Mr. Guha! Glad you have realized that these things are happening on the ground. Sad though that you didn’t realize that these things are the ones that happen more frequently, that matter more fervently, to all those Indians who care about making our country a better place than Pakistan.

You also told us about an advice you received from a Historian, after writing an article in 1992 – “The historian I most admired urged me to be less gloomy about India.”. The advice still holds true Mr. Guha. It is time you realize that a “Hindu Pakistan” won’t happen, and stop hoping for such an eventuality. It is never too late for you come out of your negativity, and help spread a positive message.

Happy new year to you too, from a fellow deshpremi!