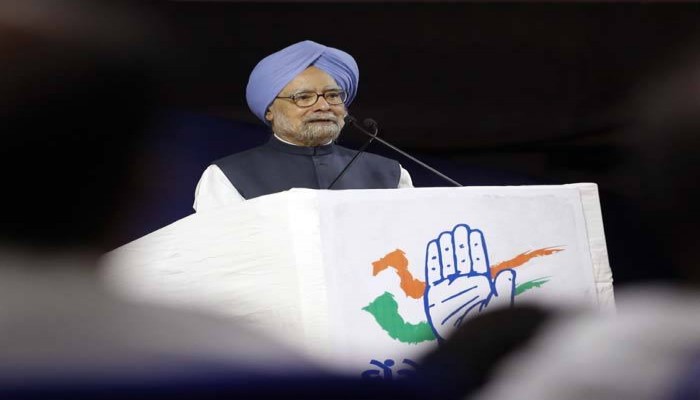 This address was necessitated because of a steep sudden increase in Petrol & Diesel prices. I will only be pasting snippets, but you can read the full speech here.

I know that the price increases we have had to announce today will not be popular, even though they are only modest.

The modest increase Prime Minister Manmohan Singh was talking about is as follows:

Price of petrol has been raised by Rs 5 per litre, of diesel by Rs 3 per litre and of an LPG cylinder by Rs 50. Prices of kerosene, a vital fuel for the poor, remain unchanged.

The increase during those times was greater than 10%. Dr. Manmohan Singh also gave out some vital statistics as to why this increase had to be necessitated and tells us that our Oil companies were stressed because – “You must remember that the Government is bearing the burden of issuing Oil Bonds.”

And then the sagacious Prime Minister tells us that this comes at a big risk. What is the risk? In his own words:

“However, I would like the nation to remember that issuing bonds and loading deficits on oil companies is not a permanent solution to this problem. We are only passing on our burden to our children who will have to repay this debt.”

Please read, remember and spread this information. In 2008, Prime Minister Manmohan Singh has clearly told us that “we are only passing our burden to our children who will have to repay this debt”.

This address was necessitated because of another steep increase in Diesel prices, cap on LPG cylinders and some chaos over FDI in retail. Addressing the nation then, the sagacious Prime Minister Manmohan Singh told us:

“…the subsidy on petroleum products has grown enormously. It was Rs. 1 lakh 40 thousand crores last year.  If we had not acted, it would have been over Rs. 200,000 crores this year.
Where would the money for this have come from? Money does not grow on trees.”

Actually, one should spend time to read one full para that paints a very very gloomy picture of our finances at point of time:

“Where would the money for this have come from? Money does not grow on trees. If we had not acted, it would have meant a higher fiscal deficit, that is, an unsustainable increase in government expenditure vis-a-vis government income. If unchecked, this would lead to a further steep rise in prices and a loss of confidence in our economy.  The prices of essential commodities would rise faster.  Both domestic as well as foreign investors would be reluctant to invest in our economy. Interest rates would rise.  Our companies would not be able to borrow abroad.  Unemployment would increase.
The last time we faced this problem was in 1991.”

Imagine yourself in such a situation where you have a large debt, because you are paying for your family, and suddenly find that you now have a steady source of income through which you can pay off this debt. Will you splurge more or will you prioritize clearing the debt so that your family can prosper better? Think about it – which course of action is prudent?

Since 2014, the oil prices have reduced. Any government that would want to put the country first will look at clearing of these dues. Remember the scale of the debt – Nearly Rs. 1,44,000 crores when NDA took over in 2014. The burden that was sought to be paid by our children, has been paid back with interest now.

I’d urge you to read both the speeches in their totality. Prime Minister Manmohan Singh has laid out the source of today’s problem is great detail. The same source that his party is protesting today!