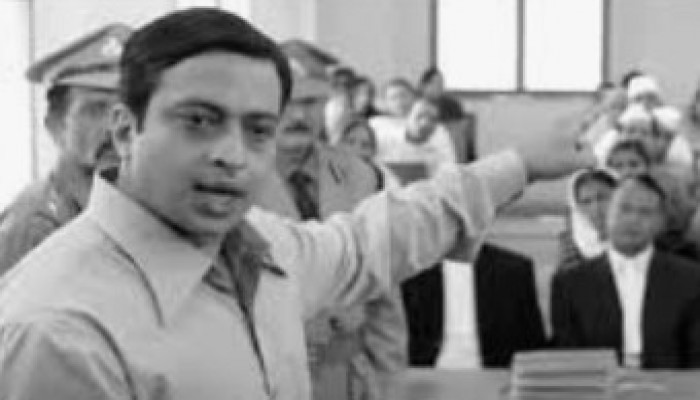 The Congress party has demanded a ban on 'Why I killed Gandhi' a few days after NCP MP Amol Kolhe's role as Nathuram Godse was slated by leaders of his own party. Maharashtra Congress Party State President Nana Patole has stated that there will be no release of the movie in Maharashtra. CM Uddhav Thackeray is also requested by the Maharashtra Congress not to permit this movie's release in Maharashtra, he said on Sunday.

Limelight OTT will release the film on the 30th of January which is also known as Martyr's Day and is the death anniversary of Mohandas Gandhi. The film has been starring former Shiv Sena leader and NCP MP Amol Kolhe as Nathuram Godse.

The Congress leader Nana Patole has said, “If you portray Gandhiji’s murderer as a hero, it is not acceptable. Our country is known for Gandhiji and his ideology. He is celebrated worldwide. Congress will oppose it. We will request Chief Minister Uddhav Thackeray not to allow the film to be released in Maharashtra.”

While this is being discussed, the All India Cine Workers Association (AICWA) demanded that the movie 'Why I killed Gandhi' be banned and asked PM Modi to do so. AICWA has written to the Prime Minister, stating that "the film glorifies Nathuram Godse as a traitor and assassin of the Father of the Nation."

In the letter to PM Modi, the All India Cine Workers Association (AICWA) wrote, “All Indian Cine Workers Association demands a complete ban on the movie Why I Killed Gandhi which is to be released on OTT Platform in India on January 30, 2022, as this movie glorifies Nathuram Godse the traitor and killer of the father of nation Mahatma Gandhiji. Gandhiji is someone who is admired by the entire INDIA and the world, Gandhiji’s Ideology is a symbol of Love and Sacrifice for each and every Indian.”

The letter further mentions that the actor playing Nathuram Godse in the film is a member of the parliament and has taken the oath of the constitution. It says, “Nathuram Godse is (the Traitor and Assassin of Gandhiji) doesn’t deserve an inch of respect by anyone in this country, the actor who played the role of Nathuram Godse (the traitor and the killer of Gandhiji) is a sitting MP in Lok Sabha and is under the oath of Indian Constitution, if this movie releases the entire nation will be shocked and devastated by the display of the heinous crime which occurred on January 30, 1948.”

The association in its letter has added that “On behalf of the entire nation and all the movie associations, we are demanding that ‘Why I Killed Gandhi’ has to be Banned from the release on the OTT platform.”

Amol Kolhe, MP of the NCP, was criticized by his party colleagues who claimed he had played Godse in the movie. Senior members of his party criticized Amol Kolhe when the trailer for the film was released. Among Amol Kolhe's statements is that he does not endorse Nathuram Godse's ideas or actions, but that this role had been a challenge for him as an actor. Party leader Sharad Pawar, however, has stood by him in this case.