Congress led by Rahul Gandhi has a vision for India- Pushing India back to the Stone Age. 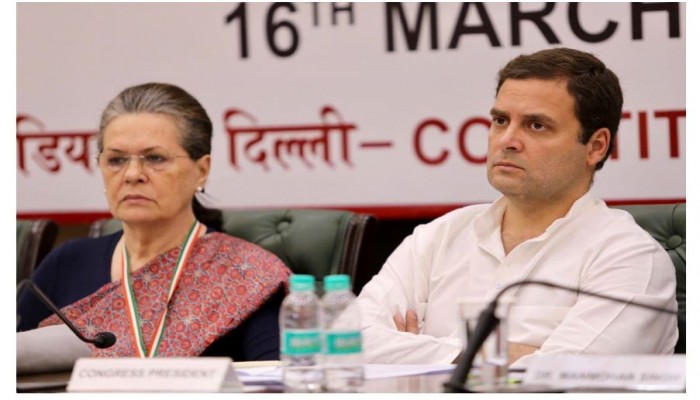 LET’S GO BACK TO THE STONE AGE.

The Congress party has just told us that their victories in 2004 and 2009 are suspect. Think about it this way - Do they doubt this, because they know that EVMs can be manipulated? What is the solution proposed by the election commission, for the “apprehensions” of the Congress party? The new EVMs will print out a “receipt”, that shows which party you voted for. For anyone with a common sense, this should resolve any doubts that you have with EVMs.

But not for a party that takes pride in telling us that they bought computers to India. They now have this contrasting new vision that wants us go back to the paper age. This clearly shows us how willing they are to take credit for driving India to both ends of the spectrum! And their magnanimity in telling the people of India that their 2004 and 2009 victories are suspect, needs to be applauded to no end!

Apparently, “The economic resolution promised an end to tax terrorism”. And they gave some details on how they will do this too.

Elsewhere, Rahul Gandhi has already said he will change GST rate to one slab only, and will cap it to 18%! Today, more than 80% of items are taxed in the 5% and 12% slab. Is Rahul Gandhi proposing to end Tx terrorism by increasing the 5% slab or decreasing the 12 % slab, or better yet – bring everything on par to 18%? Or am I asking for too much clarity?

IS YOUR LAST NAME MODI? THEN, SHAME ON YOU – BECAUSE YOU ARE CORRUPT

What is the solution to the corruption perpetrated during the Congress regime? Let’s tar all those with the surname Modi. This mind-blowing genius statement can come only from the Congress President. No one else is even capable of such an analysis.

Various news organizations saw this amazing clarity as a new “aggressive Rahul”. All Modis must now start fearing for their future!

While celebrating the moral victory of Rahul Gandhi in the Gujarat Assembly elections, the English media went berserk. Here is a sample:

While democracy was developing elsewhere, Rahul Gandhi’s own party was singing a different tune. He himself was elected without any election, but that’s a given. Now, Rahul Gandhi has been authorized to choose the all-important members of the Congress Working Committee.

Overall, the Congress plenary session has accomplished what it set out to do. It sought to glorify the first family, which it did relentlessly. As expected, they ignored their Prime Minister’s outside of their family. P. Chidambaram credited Rajiv Gandhi for reforms that were carried out after he died.

Rahul Gandhi has criticized Manmohan Singh for not living up to people’s expectations. Rahul Gandhi repeated what he has been saying from many years, yet the English media sought to highlight a “aggressive Rahul”.

Keeping all this in mind, may Congress continue to achieve many more moral victories. For the good of India. For the glory of India!

PS: Typically, I wouldn’t rely just on media reports, and listen to actual speeches. But pardon me this time, it has become increasingly difficult to listen to Rahul’s speeches!