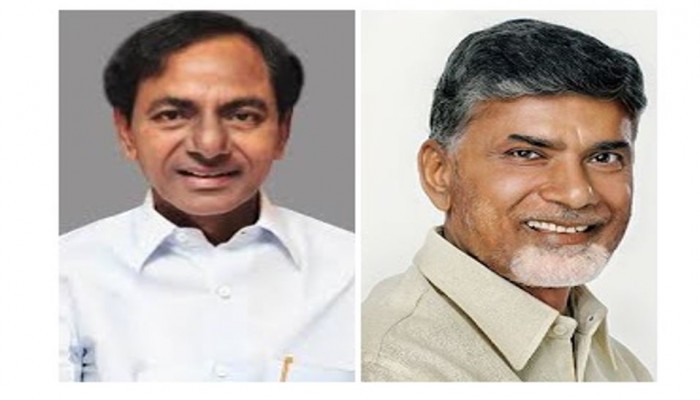 On January 1st, 2018 – the Telangana government put out a front page ad in all newspapers.

The Telangana government has now promised 24*7 free power supply to the agriculture sector. There was some text that accompanied the ad too:

“At the time if state formation, the state had to confront severe power crisis, 2 day power holiday to industry, 6-8 hours power cut to all categories of consumers, and erratic 6 hour supply to the farmers”

The numbers in the above statement are completely true. At the time of splitting the state, the united AP was under a severe power crisis. The then Congress government did very little to mitigate this crisis. I wrote an article back in 2011, pointing out the woeful condition of power in our state then. When Sonia’s Congress was at the helm of affairs, the following statements were issued by the relevant authorities:

"The AP Transco and the distribution companies have decided to continue the present 12-hour power cut (6 a.m. to 6 p.m) in rural areas till the middle of next year..."

"AP Transco CMD Ajay Jain said the cut now would be implemented for two hours in Hyderabad and other such cities; four hours in district headquarters; six hours in municipalities and; eight hours in mandals"

"If any village gets supply for one or two hours during daytime now, it may be by mistake of the field staff."

So there we were – no power to villages during the day time (back in 2011), and completely erratic power supply to other parts of the state. By 2013, the power cut timings increased by a further 2 hours per day!

In addition to this, another surcharge was imposed on domestic consumers. It was called Fuel Surcharge adjustment. Distribution companies transferred the burden they incurred in 2009-2010, to the hapless consumers in 2013! I had shown some bills in this article here, where the energy charges were Rs. 500/-, and fuel charges were Rs. 1100/-!

How Co-operative Federalism helped both the newly formed Telangana and Andhra Pradesh overcome this crisis?

My intention is not to explain the technical details, because frankly I am not very familiar with those numbers. My intention is also not to discuss the merits or demerits of 24*7 free power. My intention is to highlight the transformation. My intention is to showcase, how as a common man, I see relief in not having to worry about power cuts anymore. As a tax payer and end-user, my only expectation is to have uninterrupted power supply. And we couldn’t even dream in 2014, that by 2017, both the Telangana and Andhra Pradesh states will become power surplus states!

AP is ruled by NDA only, but Telangana is ruled by TRS, which is an opposition party to the BJP! Yet, the center did not show any discrimination in helping out both the states. Before anybody jumps at me to show some proof, I would urge you to listen to this speech of Chief Minister KCR talking about all the help received from the center. From 14:08 in this video, CM has clearly acknowledged how Piyush Goal has helped in overcoming this crisis by 2016 itself.

Today, people of both Telangana and Andhra Pradesh don’t worry anymore about scheduled long power cuts. Both states have become power surplus, during the reforms of the past 3 years. Both states are also top users of Solar Power. Both states have signed up into the UDAY project that is aimed at covering up the losses of the distribution companies. Like I said earlier, there is enough literature available online, to explain the nitty gritty of this transformation – and as is evident, a large part of it is due to awesome co-operative federalism.

Amidst all this, what is the Congress reduced to? They called for a press conference yesterday , credited Sonia Gandhi and Dr. Manmohan Singh, and asked the following (paraphrasing for better readability):

They are merely hoping that people will forget the burden imposed upon them by Sonia Gandhi’s Congress. Chandrababu Naidu has thrown a challenge that he will reduce the power tariffs soon – that’s how confident they seem to be!

Power Sector reforms are going to be one of the many long lasting impactful reforms ushered in by the Modi government in tandem with all the states of the country. Looking forward for more such reforms in the true co-operative federalism spirit!