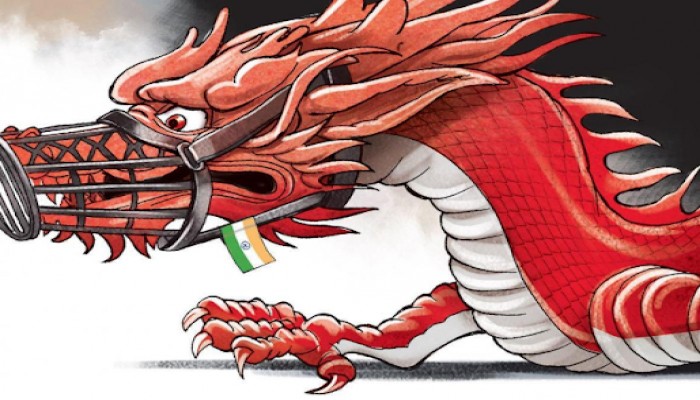 India battled Australia to a draw in the recently concluded Test Match at Sydney. It was one of the best matches, I have seen in my life. I saw two ‘battered and bruised’ Indians take a determined stand. It was all about blood guts and glory. Though they drew the game, they won it for India.  Day five pitch, Australia’s outstanding bowling attack, racial abuse, sledging and the captain gets out early. Everyone was looking at an early lunch!  BUT. Cheteshwar Pujara and Rishabh Pant played with controlled aggression.  Put Australia on the back foot. Raised hopes of victory. When they fell, two injured guys Hanuma Vihari and Ravichandran Ashwin stepped in. Stood on the burning deck. Did not give up. They achieved a draw come hell or high water. Immense character displayed. The test match reminded me of something else. Everyone, except diehards like me had given up on the Indian Army against the inexorably grinding PLA war machine.

Col Santosh Babu and his team at Galwan stood their ground and turned the tide. Everyone has said that India has been ravaged by the Chinese Virus. Once again, the battered Indian stood tall and is on the verge of collaring the Virus. Why am I talking of all this? In 2021, the two most important things we have to contend are the Chinese in nature – the PLA and the Virus. Both need a Sydney kind of approach.

Infantry is like injured Vihari and Ashwin. Capable of fighting last man last round despite very limited reach.  Never give up. Pujara and Pant showed offensive intent, took the battles to the Aussies and the scene changed. Similarly, when India took control of the Kailash Range it signaled offensive intent to China and the contours of the standoff changed. Prior to that, we did not signal offensive intent despite our tough stand at Doklam. China knew from the Doklam experience, that we will fight only at the LAC and that too hesitatingly.

China sensed our limited reach, defensive outlook and took advantage to turn the screws. They went on the offensive, did a land grab, and then went on the defensive. That is why till date we have not been able to decipher China’s aims and objective in this whole game. That is probably their character and they were simply exploiting a window of opportunity.

In the larger context, they were on the ascendance till we surprised them with swift mobilization, slap back at Galwan and outmaneuvering at the Kailash Range.  Since then, the bluster is gone. Lesson. Attack is the best form of defense.  View it from any angle. The Pujara Pant form of controlled aggression will wrest the initiative. After that we can do the Vihari Ashwin act. Hence developing a deeper offensive capability is important.

The rebalancing of 1 Corps to the North is part of the controlled aggression. However, its reach must be extended through Air Force, Missiles, Attack Heptrs, UAVS, some airborne capability and battle field transparency to signal offensive intent. A mere Infantry heavy formation with just tube Artillery in support will not do. I am confident that we are in the process of getting into the controlled aggression mode. It will be difficult for China to be adventurous without suffering reverses.

Speculation has started. What will China do when the thaw sets in Eastern Ladakh?  At present that is too far. Remember, China is now waging a multidomain war for world domination. It has weaponized the ‘Chinese Virus’ and is flexing its Comprehensive National Power through it. In this Viral domain, we have so far been in the Vihari Ashwin mode. Defensive. We were badly affected with the second highest cases in the world. Time to switch into the Pant Pujara mode of controlled aggression.

Initially, China had put into effect a full-fledged campaign to divert attention from its mishandling of the pandemic. It let the Virus out intentionally to flatten the field. Then it put out another campaign to prove that its autocratic government is far better than democracies in controlling and recovering from the Virus.  It shut out all forms of internal dissent or voices quite ruthlessly to project this falsehood. It hyped up nationalism to convince its masses about Maoist Communism. It has now embarked on a campaign to sell its half-baked vaccines all round the world without details to portray itself as a savior angel.

It is also blocking the WHO team from entering Wuhan. China will ensure that the virus trail is cold. The next few months will be dominated by the Chinese effort to dominate the Virus War it has started. However, India should not let China dominate and steal the narrative. How the Virus War goes will have a bearing on the Battle Fields of Eastern Ladakh in future. There is a seminal connect in the Chinese mentality. There is no differentiation between the Virus and Eastern Ladakh. It is all a power game to get to the top.

Let us take stock of the situation. Firstly, way back in March 20, Michael Ryan, Executive Director, WHO said, “India, which led the world in eradicating two silent killers, smallpox and polio, in the past, has a tremendous capacity in eradication of the coronavirus”. He prophetically spoke of ‘eradication’ and not ‘controlling’ it. We need to free the world from the grip of the Chinese Virus. Eradication! Secondly, the number of infection cases have dropped dramatically in India when the opposite is true of everyone else including China (where fresh outbreaks are popping up). Despite the high number of infections, neither the number of deaths nor the case rate have been high. They are amongst the lowest in the world.

Fundamentally, the people have not been affected. At no point of time did we get into a situation where our health system was overwhelmed. Thirdly, it is now coming out that our industry and companies were also not that affected as in other countries despite our massive glitches. The economy is on spring back mode. Some more glitches will occur. That is par for the course. Fourthly, most importantly, we have indigenously developed vaccines and have the largest production capacities. A sum total indicates that we not only have the highest capacities but the expertise of running the largest vaccination program in the world. All put together, India has solutions to eradicate the Chinese Virus.

Time to get into the Pant Pujara mode. Health is a major domain in which we must contend and better China. In fact, no other country has the wherewithal to do so. The fact that Indian vaccines will take care of Indians is a foregone conclusion. We need to emphasize that the Chinese Virus and China are the international problem and India is the solution. As the PM put it aptly. India will spare no effort to save humanity. The Indian policy to attend to neighbors first is sacrosanct. Also, the policy of responding to everyone without differentiation is even better. On this score I do not have any doubt that. We will accrue economic, diplomatic and political dividend. That is however incidental.

This will also be the time to expose Chinese perfidy. Ideally the government should take on this mantle. However, for many reasons it might not be able to do so. Hence it is up to all Indians and our vaunted media to do it. Firstly, if the UK and South African strains of the virus can be called by country names, why not call it as the Chinese or Wuhan Virus? Let us restart doing that. Secondly, though China is acknowledged to have controlled the virus, it is untrue. Leaked documents reveal that from the initial stages, the number of cases were vastly under reported by China. Further all asymptomatic cases were not counted or reported.

Beyond that there have been many instances where there have been large outbreaks and vast areas have gone into lockdowns and mass testing. Indicates that the Chinese Virus is alive and well in its womb. The numbers are hugely hidden. Also, in a country of 1.3 billion where the mortality rate is about 7 in a thousand, hiding about a lakh or more deaths due to the Virus (which could have taken place) is nothing great.

Overall, the Chinese Virus was controlled partially only.  It also shows that the Chinese are very susceptible to the Virus. The Chinese propaganda and theory that their system is better than democratic system is a fallacy. Our democratic recovery might have been chaotically slower. It is however surer. This needs widespread propagation.

Thirdly, China has been promising everyone its vaccines as part of its ‘Health Silk Road’. However, so far delivery has been zero. Fourthly, the efficacy of Chinese vaccines is hugely suspect since no data has been made public. New York Times has come out with a poor and concerning report.  Four different data has been put out for the efficacy of its vaccines ranging from 50% to 91%. Also, China has been cutting deals with many countries even before Phase 1 and 2 trials are complete and that too without data.

Brazil has come out to say the Chinese vaccine it contracted has only 50% efficacy.  More than 380 million doses are on order. Countries that have ordered Chinese vaccines will question utility of the vaccines. More importantly if China is using ineffective vaccines there will be internal problems. Image problems galore! Fifthly, there are whistleblower reports from China that their vaccines are very unsafe with many side effects. They also do not have the production capacity to make the vaccines they are promising. There is huge mistrust in the Chinese vaccines. Overall, China remains untrustworthy. I will not put it past them to peddle the virus itself in the garb of vaccines. Who knows? The Chinese greed to grab power is an all-consuming insanity. All these issues should be made fully public through established media. The lack of trust in anything China must be exposed. Any comparison of our capacities, transparency, efficacy and expertise puts us in a far better position than China. This must be rubbed in. Get into the controlled aggression mode.

Other articles by the author can be accessed @- https://www.gunnersshot.com/

All the images are provided by the author. 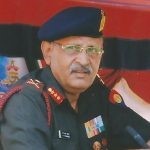