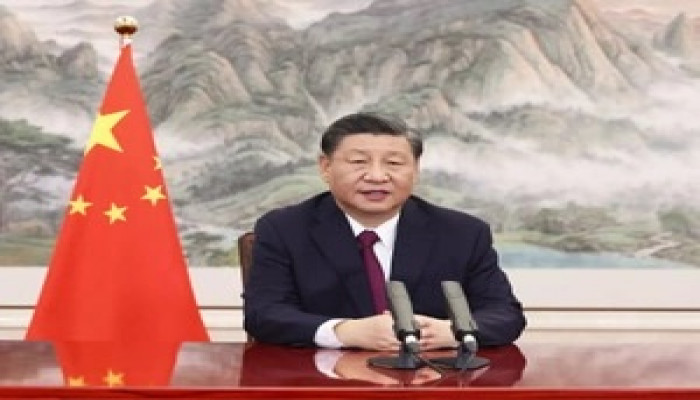 Beijing on Monday said it was ready to defend its national interests over Taiwan, in a rebuke to US President Joe Biden's vow to protect the island from any invasion by China. China also warned that US should not underestimate its “strong ability” to safeguard the country’s territory.

No one should underestimate China’s “firm resolve, staunch will and strong ability” to safeguard its sovereignty and territorial integrity, Chinese foreign ministry spokesperson Wang Wenbin said on Monday.

President Joe Biden vowed Monday that US forces would defend Taiwan militarily if China attempted to take control of the self-ruled island by force, warning Beijing was already "flirting with danger".

The remarks, made in Tokyo where he is meeting with Japan's prime minister ahead of a summit Tuesday, were Biden's strongest to date on the issue and come with rising tensions in the region over China's growing economic and military power.

Asked if Washington was willing to get involved militarily to defend Taiwan, Biden replied simply, "Yes."

"That's the commitment we made," he added.

"We agreed with the One China policy, we signed on to it... but the idea that it can be taken by force is just not appropriate, it would dislocate the entire region and would be another action similar to Ukraine," Biden said.

He warned Beijing was already "flirting with danger right now by flying so close and all the manoeuvres undertaken", in reference to a growing number of Chinese sorties, naval exercises and construction in the region, viewed as a projection of its growing power.

“On issues that bear on China’s sovereignty, territorial integrity and other core interests, no one shall expect China to make any compromise or trade-offs,” Wang was quoted as saying by China’s national broadcaster, warning the US not to stand on the opposite side of the 1.4 billion Chinese people.

Wang said the US should follow the one-China principle and stipulations in the three China-US joint communiques, and honour its commitment to not support “Taiwan independence”.

Chinese state councillor and foreign minister, Wang Yi, addressing a multilateral over video link, separately launched another salvo of criticism against the US.

Wang urged Asia-Pacific countries to reject any attempt to introduce military bloc or camp confrontation into the region, in a reference to Quad, which he has equated with the North Atlantic Treaty Organisation (NATO) in the past.

Biden’s east Asia tour, Tuesday’s Quadrilateral Security Dialogue or Quad summit and the US’s Indo-Pacific strategy have already come under sharp criticism from China, which has said the bloc is inciting confrontation in the region.