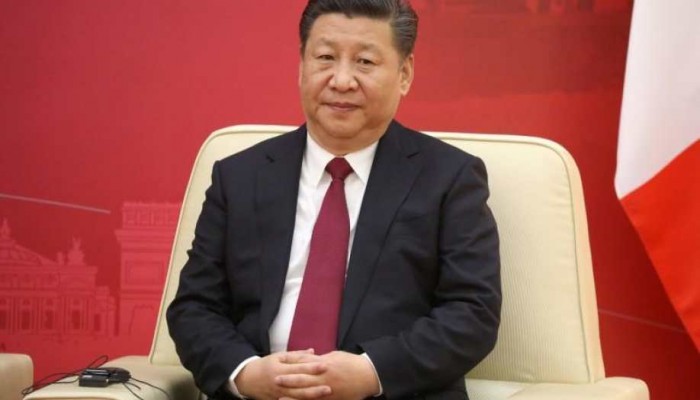 China has an old habit of trying to rake up foreign affairs and national security and create war like hysteria to distract the people within and outside from its internal issues. One must remember that during Mao’s crazy rule, there were multiple disasters, from the Great Leap to the Cultural Revolution. The latest stand-off taking place in the Galwan region of Ladakh is no exception to it, as the Chinese Communist Party feels threatened globally by the increasing accountability calls.

One must realize that the internal dynamics of the Chinese polity are very different. There are five problems that President Xi Jinping has been literally surrounded with at the moment. These factors have converged to cause a significant setback to his image within the party and amongst the public, and several factions within the party today are starting to murmur about it.

1.The rebound of COVID-19 clearly belies Xi’s claims of having controlled the disease, as the disaster unfolding in the border town of Harbin, worse than the outbreak of Wuhan, shows. On top of that, a whopping 6.5 million people were tested in Wuhan in a single go. That in itself is an indicator that the COVID-19 problem, despite their attempts to hide it, have not disappeared at all. On top of that, doctors disappearing from public sight and memory are a good indicator of a shoddy cover up being undertaken. Harbin has become a disaster worse than Wuhan on top of it.

2. Taiwan & Hong Kong (HK) are two major factors that have literally tested Xi to the limit, with him coming out as a clueless, indecisive leader. The policy of infiltration in the two countries has clearly fallen flat, Xi’s clumsy efforts to buy media in the two regions has backfired. Tsai Ing-wen (the incumbent Taiwanese President) won in Taiwan despite the billions of RMBs pumped in to influence the media, leading to much embarrassment for Xi.[1] Also, the latest move on controlling security, and the earlier attempt to create a pre-rigged universal suffrage system fell through. Protests are getting bigger by the day in Hong Kong, and a military crackdown will make the world actually intervene with a major blockade, judging by the reactions of Australia and the United Kingdom among others. Interestingly, Taiwan is also pushing back against China’s hegemony by supporting HK’s right to remain democratic. Given these parleys, assertion in the South China Sea assertion is being tried with the show of strength; however, the United States has somewhat checkmated its actions by sending its ships there in quick time.

3. There is a massive public wave of anger in China, make no mistake about it; however, from where I see things, there is no one to channel this anger, so to speak. There is no military leader who is even remotely popular-the armed forces are renowned for their incompetence, unprofessional politicized conduct and corruption, and most people would privately baulk at their mere presence. On the civilian front, there is no person who can rally the people towards any form of revolution, and not necessarily towards a ‘democratic revolution’. The party’s hold has certainly slipped at all levels, and a large number of China’s citizens today will not buy even one word of what it says. If the West identifies someone now, this transition may just happen. They fear Hong Kong and Taiwan for this very reason - the democratic leader may just emerge from these places, or may turn out to be a Chinese dissident who has been hiding in one of these two places all along. The jail term to an under 20 Joshua Wong in HK was a watershed moment in some sense, as they see the fires that can be fanned within South China with ease, thanks to the cultural continuum of Guangzhou with HK. People like him make them extremely uncomfortable.

4. The Two Sessions just concluded in China, and interestingly, signs of de-escalation coincide with this event. President Xi could have stopped the Sessions if he wanted to; however, the fact is that there is clearly a sentiment so strong against him and his administration right now even within the party that he fears displeasing factions to the point of uniting them against him with immediate effect. If one has noticed, criticisms from within keep ‘leaking out’ of China. This is not possible without the complicity of the Chinese factions rallying to fight Xi’s administration. As it is, the Maoist hagiographic attempts of making Xi larger than life have not gone down well with the opposing factions at all. Xi’s attempts to undertake typical CCP purges are clearly proving to be ineffective in silencing internal party dissent. A letter by a democratic dissident had called him a big fat nothing - it would not be surprising if the rival factions actually see him in the same light.

5. The Belt and Road Initiative is starting to fall apart despite so much time and effort of President Xi. Australia has consciously decided to move out of the influence zone, despite the economic damage it is suffering thanks to China’s attempted haranguing. Even as Australia loses, this move has the potential to cause a shortage of several raw materials, and coal in particular for China, which cannot afford for its steel industry right now. Interestingly, the Two Sessions saw clear indicators of a flailing Chinese economy. This year, there was no GDP prediction by Li Keqiang (the Chinese Premier), an odd step for a Communist planning setup that is always obsessed with controls. Also, despite claims in recent time and some movement due to export of spurious COVID-19 assistance and purchases, most ports of China have seen no movement for months. That aspect is easy to contextualize - there is no demand in the world for its products thanks to the COVID-19 lockdowns. However, a world with no demands is a very big problem for China - it cannot sell its manufactured goods to its own people. Factories are running to pretend normalcy; however, this lack of global demand is causing massive economic pain in China.

Things are not rosy in China. Attempts will continue to distract from the COVID-19 scenario that has riled almost all of the global community against its bungling, and we may see some efforts here and there to divert attention for some more time. One thing is certain though - China will not attempt to engage a military conflict in the immediate term, as it sees itself in a corner. The CCP likes to play those tactics from a position of strength - it will certainly unite to retreat as of now.

However, one question still remains to be unanswered - what will happen to Xi Jinping? He is certainly weaker than ever. Moot point now remains whether the other factions can unite and challenge him enough to force an abdication.

[1] Xi Jinping attempted to influence elections in Taiwan, which were held earlier this year. Tsai’s opponent, Han Kuo-yu who has preferred stronger relations with PRC. China attempted to interfere in elections in his favour. For a good overall brief on the issue, click here.