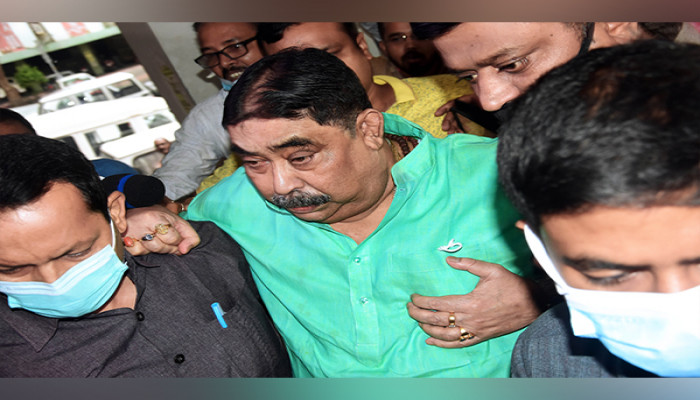 The CBI on Thursday arrested senior Trinamool Congress leader Anubrata Mondal from his residence here for allegedly not cooperating in its probe into a cattle smuggling case, an official said.

Mondal was arrested after almost an hour-long interrogation by a CBI team that arrived at the Birbhum district president’s house early on Thursday, he said.

“We have arrested him for non-cooperation in the investigation into the cattle smuggling scam,” the official told PTI.

Mondal was taken to a hospital for medical check-up, he said.

The TMC leader had twice skipped his scheduled appearance before the central probe agency in the last few days, citing ill-health.

Earlier this month, CBI teams raided 13 locations, including the residences of Mondal loyalist Karim Khan and his aide Ziaul Haque at Ilambazar and Nanoor. Another CBI team reached the house of stone merchant Tulu Mandal, known to be close to the TMC leader.

Apart from Rs 17 lakh and 10 mobile phones, the agency recovered pen drives, hard discs and the key to a locker.