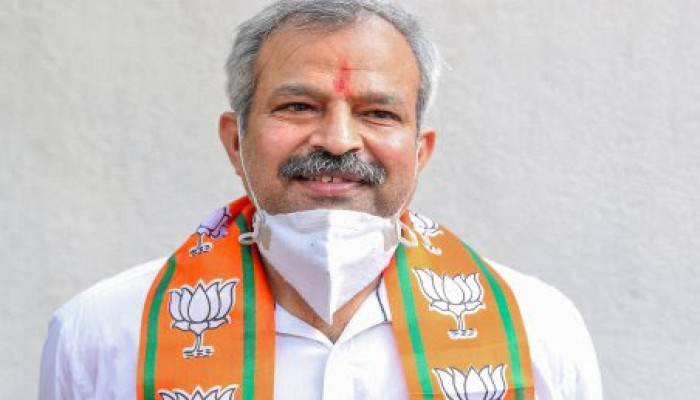 Days after Commonwealth Games bronze medalist Divya Kakran alleged that Arvind Kejriwal-led Aam Aadmi Party (AAP) government has not offered any kind of financial aid to her, Delhi BJP chief Adesh Gupta said that it is very unfortunate that the AAP government is not appreciating the talent of sportspersons who represent India on the international level.

He also suggested the party, instead of spending so much on advertisements, should help out sportspersons living in the capital. He also termed the incident unfortunate and slammed the party for not honouring sportspersons for their contribution to the country. He further claimed that AAP has a bad policy regarding sports.

Slamming the AAP-led government for asking certificate from Kakran, Gupta while speaking to Republic TV said, "Divya has contributed a lot in the field of sports. She has been living in Delhi for the last 20 years and has won numerous medals. It is very unfortunate that the AAP government is behaving like this. AAP is insulting and demoralising Divya."

CWG 2022 bronze medalist Divya Kakran on August 7 alleged that the Arvind Kejriwal-led government has not offered any kind of assistance or financial reward to her, despite her winning medals for the country. Kakran, who came third in the Women's Freestyle 68 kg competition at the ongoing CWG in Birmingham, asked CM Kejriwal for financial recognition for her accomplishments in wrestling.

Taking to Twitter she said, "Heartfelt thanks to the Honorable CM of Delhi Arvind Kejriwal for congratulating me on the medal. I have been living in Delhi for the past 20 years and practicing my sport wrestling here. But till now I have not received any kind of help or reward from the state government. My sole request is that I should be honoured in the same manner as other athletes from Delhi who represent other states are felicitated by your government."

Notably, Kakran in past has well has alleged a lack of support from Kejriwal's Delhi government. After winning a medal at the 2018 Commonwealth Games, the Delhi government promised Kakran a financial incentive, however, she alleged that her calls went unanswered.