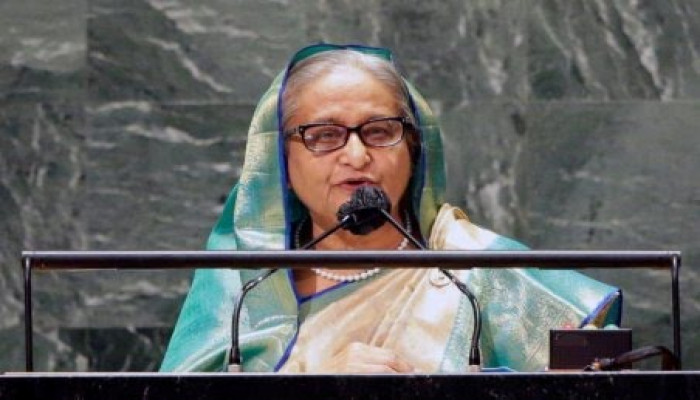 "I do not think that Islam is our state religion. We'll go back to the constitution of 1972”, says Bangladesh Information Minister Hassan

While speaking at the Engineers Institution, Bangladesh (IEB) auditorium on the occasion of the 57th birth anniversary of Sheikh Russell, the Information minister Murad Hassan assured the Hindu community that they will be safe under the PM Sheikh Hasina government.

He said, "I do not think that Islam is our state religion. We'll go back to the constitution of 1972. We'll get that bill enacted in parliament under Prime Minister Sheikh Hasina's leadership. We'll soon return to the 1972 secular constitution issued by Bangladesh's founding father, Bangabandhu Sheikh Mujibur Rahman, following independence.”

He added, "This is a non-communal Bangladesh. Bangladesh is a secular country. Everyone will practise their faith here."

Five Hindus have died and many temples and pandals have been vandalised in the last two days. Four Muslim rioters were also killed in police firing at Chandpur when they tried to attack the temples.

With reports of Hindu temples and Durga Puja pandals being vandalised, people being killed and injured, PM Hasina deployed paramilitary forces in 22 districts to contain the spread of violence.

Bangladesh is a Muslim-majority country but while assuring the Hindu community in Bangladesh, she said, "This land belongs to you; you have your rights. Don't consider yourselves as minorities; you should have this confidence."

Hasina added, "People of all religions shall live together in Bangladesh."