Of Asuras and Alternate Readings 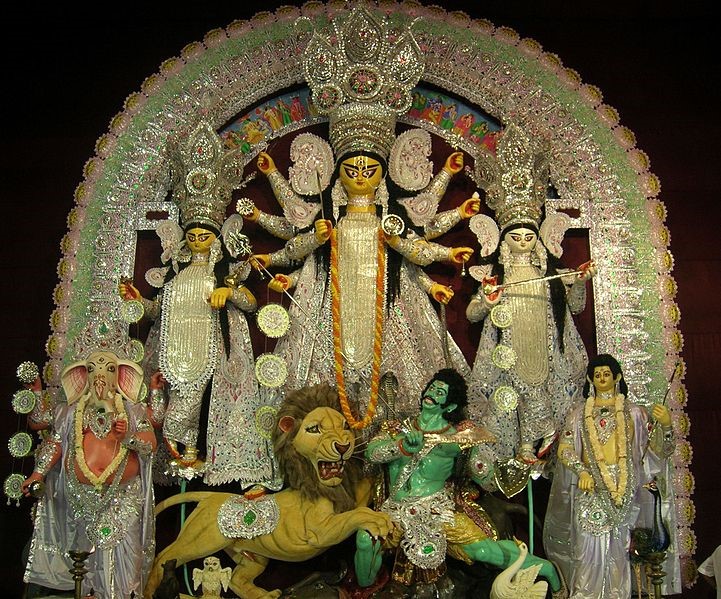 A big addict to old Telugu puranic films, I remember this film Bhookailas vividly. It had the story of Ravana Brahma's attempts to acquire the Atmalingam of Lord Shiva. In the popular lore, Ravana is the antagonist. But this movie had him as the protagonist. I can't help sharing one of my favorite songs from the film - https://www.youtube.com/watch?v=7voWulyF2mc

The scholar that he is, Ravana does deserve his share of tales and movies as a protagonist (especially when it is Sr NTR donning the role with Sri Ghantasala singing for him, the combination is deadly! :-)). Coming back to the point of the reverential attitude towards the titans in our Puranic lore.

Asuras fundamentally are not 'hated' in the Hindu Puranic lore like the 'evil' is despised in the Abrahamic lore. Rather, they stand as examples for the pinnacle of human achievement when it comes to Tapasya. They also exemplify scholarship.  They are ambitious just like many of the Kings revered in the lore (Like Bharata, Sagara and others too have undertaken conquests). They upheld the knowledge of Vedas. The conversation between Hiranyakashipu and Prahlada in Andhra MahaBhagavatam is a proof.

The one who does not pursue knowledge remains ignorant. The one who studies can acquire the ability and discretion to identify the 'sat' and 'asat'.  To the one born as a human being, the pursuit of knowledge is a must. This is why I shall send you to study under the tutelage of Aryas (the noble scholars). Study well, my son.

Forget the demonic side of Hiranyakashipu, How many among today's fathers tell their children that the aim of education is to acquire the discretion to separate truth and untruth?

After the schooling, here is what Hiranyakashipu asks Prahlada

Filled with eagerness and joy about his son's education, Hiranyakashipu welcomed Prahlada. Seated the boy on his lap, he asked, "Did your pursuit of Vidya encompass the Kshatra (warriorly) skills and endow you with the requisite capability? Did you also pursue the path of knowledge? Did you complete the study of Vedas and Shastras?"

In response, Prahlada cites his devotion to Vishnu and we all know the story after that. But one of Prahlada's noteworthy responses is about what his studies encompassed.

As the teachers taught me, Father, I studied the Shastras like Dharma and Artha and much much more. I studied the various books and also realized the essence of all that I studied.

Those of us looking down upon Asuras will have a lot to learn from the conversation about their passionate pursuit of Vedic knowledge and patronage of scholars who were well versed in these studies. This also counters the half-baked claims about Asuras being a race different from Aryas and that they denounced the Vedic system. Ravana's compositions perhaps are another example.

But barring the exceptions like Prahlada, the Asuras drifted. Many of them who acquired powers of invincibility, lacked the discretion of using those powers. Some of them gave into temptations that made them lose discretion. Most of them asked for their destruction by violently stopping the offering of the havis by the Rishis to Suras (or Adityas headed by Indra). In a way, they interfered with the religious freedom of the Rishis, sometimes resorting to violence and even rape. (Wasn't the whole scholarship and the power of Tapasya coming to a zilch here?).

This formidable combination of merit of Tapasya and antagonizing attitude often united the world against the Asuras and required the Supreme forces to manifest in order to eliminate them. To their credit, each of the Asuras has been instrumental in adding a deity to our Hindu pantheon. Tarakasura forced the reunion of Shiva with Shakti resulting in the birth of Kumara. Ravana forced Vishnu to manifest as an ordinary human being and the devas as Vanaras. Hiranyakashipu's merit went ahead making Vishnu alter the manifestation to become Nara-Hari. Each of them disrupted the universal balance causing the universal forces to synthesize a counterbalancing force. The scholar Bhagavandas in his work, Krishna, A study in the theory of Avatars calls the disrupting forces as Prati-Narayanas who cause the manifestation of Narayana.

Those sympathizing with Asuras would be doing a great disservice, not to others but to themselves by ignoring this repeated lesson from the history. Revere their knowledge and celebrate their contribution like the Shiva tandava stotra of Ravana is sung today in almost all the Shiva temples and in popular media. Also, revere the valuable lessons that they left us (they did so at a high cost and we better respect that).

The patrons of 'alternate readings' better keep that in mind before propagating baseless theories about Rama being an invader and Devi Durga being a prostitute. Apart from being useless, such ill-intentioned theories only serve to cause animosity and don't really add value to any knowledge system. There is no such thing as blasphemy in the Hindu eco system. Only point to note is that this universe can very well do this job of repeating the lesson with ease when the spirit of harmonious coexistence is threatened. As someone quoted, "Nothing in this world can do the job of repeating itself as history does."