Anatomy of a Suicide â Part 2 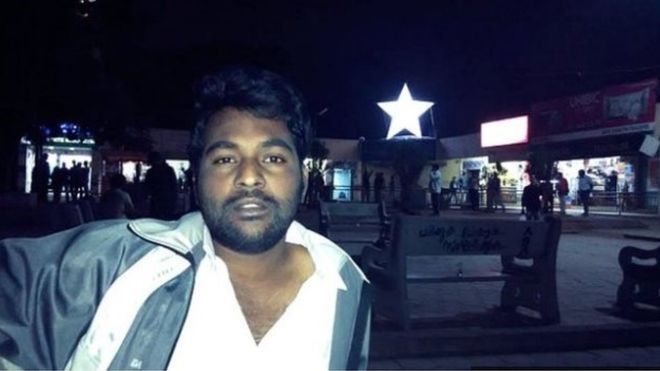 âI feel a growing gap between my soul and my body. And I have become a monster.â

This is an excerpt from the suicide letter of Rohith Vemula. In my earlier article, I wondered what made him think in this philosophical manner. A couple of hours after that, a video started making rounds on Telugu media first and social media later. In this video, a few ABVP members are asking Rohith why he tore up an ABVP poster. They ask him if this is what his organization is teaching him? For the uninitiated, his organization is Ambedkar Student Association (ASA), and we have some details on what they do in previous article in this two part series.

The first line of Rohithâs answer is shocking: âMy organization has taught me to ***k anyone who is from ABVP or Hindutvaâ. I listened to it thrice to confirm whether he actually used the profanity to describe what he has been taught. It is true â this is exactly what he said. The ABVP guys persisted and asked him to explain why he tore the poster. A short transcript of relevant conversation below:

Rohith: âI saw ABVP on the poster, so I tore itâ

ABVP: âJust because you saw ABVP, you tore it?â

Rohith: Yes, ABVP, RSS or Saffronâ¦ anything I will tear it

ABVP: âTomorrow, you will see a saffron saree in your house that belongs to your mother, will you tear it?â

ABVP: âWe can also tear your posters up like how you did â you wouldnât be having a problem right?

I got a lot more clarity on why he feels he has become a âmonsterâ. If this is what he is taught; if this is how he is brainwashed, is there any wonder he feels so lost? Is the purpose of an ideological fight, just to tear up posters and beat up people? Think about it, dear readers â is this what should be happening on University campuses?

Pseudo-secular editors pounce on Modi just because some guy with Modiâs picture as display picture uses abusive language. Here, an organization that uses Ambedkarâs name is teaching violence, and they have just zipped their mouths. Whom are they fearing? Why the deafening silence now?

âIf you, who is reading this letter can do anything for me, I have to get 7 months of my fellowship, one lakh and seventy five thousand rupeesâ

And this is the next big controversy plaguing his life. There are now discussions happening whether the SC certificate was fake, and whether the fellowship was stopped pending further enquiry. I am happy to be corrected, but I am left wondering â if this certificate is true then why anyone would get a fake caste certificate.

There is no confirmation on this yet, but there is enough material to point out serious discrepancies. I am not saying Rohith is wrong, but to say we should not be discussing this is totally wrong. The mainstream media is just feeding us a single data point â Rohith has been wronged by ABVP, BJP and Modi. Social media is trying to feed multiple data points, and prove that this is not as Black & White, as it seems. From his disturbed letter and more I am getting new information, the better clarity I have as to why he felt like a monster and why he felt like he was just reduced to a vote.

One more thing â here is a telugu TV news clip of Susheel Kumar in hospital. Susheel is the ABVP student who was manhandled on the campus, âallegedlyâ by 30 ASA members. It is because of this case that Rohith was first rusticated, and later was allowed to pursue course but not allowed into hostel. Susheelâs mother filed a case in the High Court, which was due to come up in the 3rd week of January (i.e. this week). Isnât this an important piece of information? Wouldnât you be hassled if so many things are going on in life, and all that your organization is teaching you is violence?

He wanted to become a science writer â instead he was pulled into the dirty murky world of Student politics by an organization named after Ambedkar. It seems he had been brain washed into hating Vivekananda, RSS, ABVP, Hindus. He seems to have had developed a pathological hatred towards another student org â SFI â for driving a wedge between Dalits (umpteen Facebook posts are testimony to this). The hatred towards âHindutvaâ is ideological, but the hatred towards SFI is real and contemporary.

We must discuss all these aspects and understand why the politics on campuses are undesirable. Rohithâs death must spark a debate on the uselessness of groupism and politics on University campuses. It cannot be a debate on âdiscrimination of Dalitsâ, especially after all the data that is now available.