All women are entitled to safe and legal abortion: Supreme Court 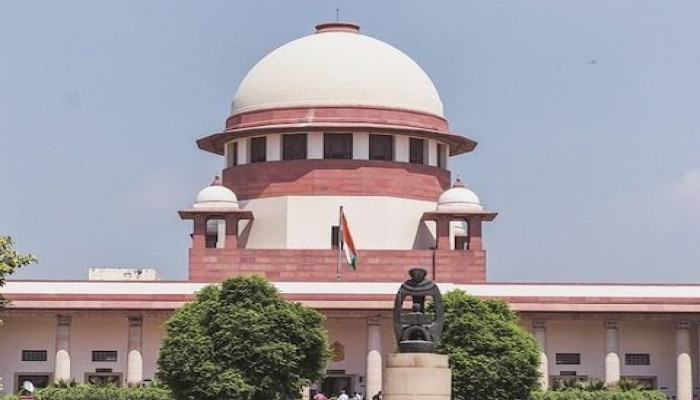 In a significant development, the Supreme Court ruled that denying abortion rights to unmarried women who conceive out of a live-in relationship under the Medical Termination of Pregnancy Rules is unconstitutional, on Thursday.

"All women are entitled to safe and legal abortion", the court observed.

"If Rule 3B(c) is understood as only for married women, it would perpetuate the stereotype that only married women indulge in sexual activities. This is not constitutionally sustainable. The artificial distinction between married and unmarried women cannot be sustained. Women must have the autonomy to have free exercise of these rights", Justice Chandrachud said.

Section 3(2)(b) of the MTP Act allows women to undergo abortion after 20-24 weeks. Therefore, including only married and excluding unmarried women will violate Article 14 of the Constitution, the court noted.

The rights of reproductive autonomy give unmarried women similar rights as married women", the Court added.

The Supreme Court bench led by Justice DY Chandrachud, in the same judgment, also ruled that the meaning of rape must include "marital rape" for the purpose of the Medical Termination of Pregnancy Act and Rules.

According to the court ruling, married women, who conceived out of forced sex by their husbands, will also come within the ambit of "survivors of sexual assault or rape or incest" mentioned in Rule 3B(a) of the Medical Termination of Pregnancy Rules.

“Married women may also form part of the class of survivors of sexual assault or rape. The ordinary meaning of the word rape is sexual intercourse with a person without consent or against their will. Regardless of whether such forced intercourse occurs in the context of matrimony, a woman may become pregnant as a result of non-consensual sexual intercourse performed upon her by her husband," Justice Chandrachud said while reading out from judgment.

However, the court also noted, "The meaning of rape must therefore be understood as including marital rape solely for the purpose of the MTP Act and any other rules and regulations framed thereunder. Any other interpretation would have the effect of compelling a woman to give birth to and raise a child with a partner who inflicts mental and physical harm upon her."

The case came up when a 25-year-old unmarried woman approached the Delhi High Court to get her pregnancy of 23 weeks and 5 days terminated. The woman had appealed to the court that the pregnancy came out of a consensual relationship, but she can't keep the fetus as her partner had refused to take responsibility.

However, a division bench of the Delhi High Court comprising Chief Justice Satish Chandra Sharma and Justice Subramonium Prasad had refused interim relief to her.

The High Court had observed that unmarried women, whose pregnancy arose out of a consensual relationship, are not covered under the Medical Termination of Pregnancy Rules, 2003.

On August 23, a bench comprising Justices D.Y. Chandrachud, A.S. Bopanna and J.B. Pardiwala had reserved judgment in the case.