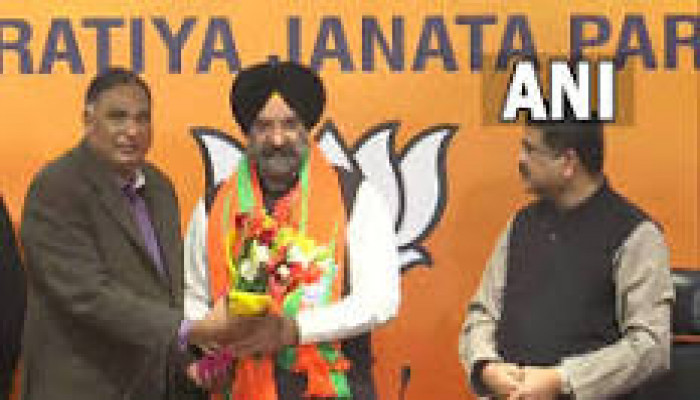 "With gratitude to all office bearers, members, staff & people who worked with me; I am resigning from Delhi Sikh Gurudwara Management Committee as President. I will not contest upcoming DSGMC internal elections. My commitment to serve my community, humanity & nation remains same," he said in a tweet announcing his resignation.

Sirsa joined the BJP in the presence of Union Ministers Dharmendra Pradhan and Gajendra Singh Shekhawat.

Union Minister Dharmendra Pradhan today informed that Sirsa met with Union Home Minister Amit Shah and BJP chief JP Nadda before he was inducted into the BJP. "Sirsa has been working with us for a long time. Sirsa till now was DSGMC head, but he has resigned now from it. Sirsa has met Amit Shah and JP Nadda just before induction," he said.

Following his induction, Sirsa thanked the BJP leadership and said he had worked with Delhi Sikh Gurdwara Management Committee (DSGMC) and helped people throughout the world.

"Akali has been with BJP for a long time. We fought for the issue of Sikhs together. Now there are various issues pertaining to Sikhs throughout the country. I have always raised my issue for the Sikh community," he added.