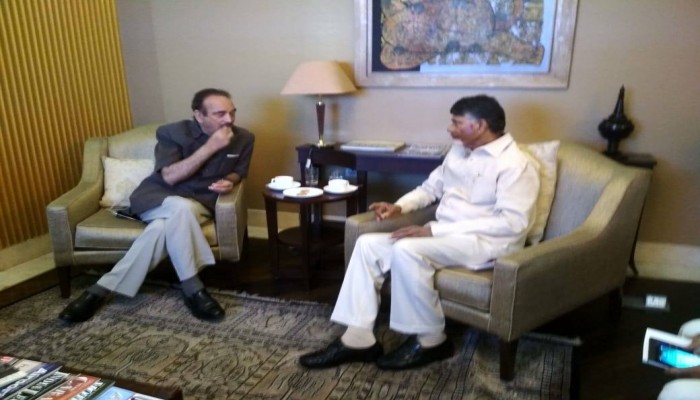 “NTR is equivalent to an icon for me, and CBN is someone I very deeply admire and like” – this is something I wrote in the year 2012. But of course the admiration was much older than 2012. Chandrababu Naidu was one of my childhood heroes. It was devastating to watch him lose the 2004 elections. I have had many debates on twitter with many folks who had tried to devalue the role Chandrababu Naidu has played in the growth of AP.

For folks outside of the telugu states, this might look like another day in politics. This might look like yet another political party doing what they do best – change their stance. However, please allow me to clarify that this is not a mere change in stance. This is a blow to the very foundation of TDP. This is a blow to the very strength of the TDP. For the entire 36 years of TDP’s existence, the only thing consistent about them has been the anti-Congress stand. Am sure there are a lot of folks who are angry and shocked with Chandrababu Naidu joining hands with Rahul Gandhi.

Let’s for a moment keep all this emotion aside, and look at this electorally. The Congress is a spent force in Andhra Pradesh. They have performed disastrously even in local body elections. The TDP has no say on any political formation outside of the telugu states – they don’t bring any electoral advantage outside of just one state.

Rahul Gandhi and Chandrababu Naidu have claimed that they have joined hands to “save democracy”. The continuous rants of CBN in recent times against the BJP have reached nauseating levels. A series of articles on this issue have been published in MyInd Makers too. Chandrababu Naidu needed a big villain to make him look like a hero. He chose Modi to be that villain. However, in making that choice, he chose to ally with a poison called Congress. Looking at what TDP was going through in 2012, I had then wondered if TDP was being Nai”doom”ed. Today, for me, it has become devastatingly Nai”doom”ed.