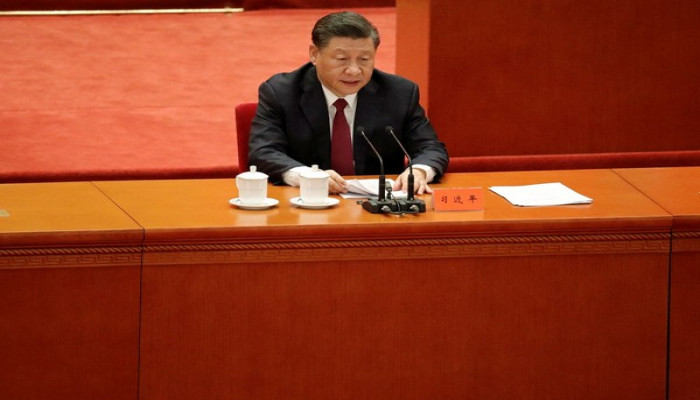 An unprecedented and explosive audio leak of a top-secret meeting of the Peoples Liberation Army has revealed China's detailed plan to attack Taiwan.

Day after an audio clip of top Chinese military officials were purportedly heard discussing the Taiwan invasion, US President Joe Biden has warned Beijing against what he calls 'flirting with danger'. Biden, who is currently in Tokyo ahead of Tuesday's Quad summit, said his country would defend Taiwan militarily if China invaded the self-ruling island.

"That's the commitment we made. We agreed with the One China policy, we signed on to it... but the idea that it can be taken by force is just not appropriate," Biden said.

A viral audio clip tweeted by Jennifer Heng, China-born human rights activist has created ripples in Beijing. The 57-minute leaked clip posted by a YouTube channel LUDE media is the first ever recording of a Chinese military brass huddle in the country's history.

The YouTube channel has claimed that the recording was leaked by senior officials of Communist Party of China who want to expose Xi Jinping's military plan on Taiwan. The audio clip features purported conversations between the CPC and the PLA on implementing the roadmap of the 'normal to war transition' plan by the top leadership.

Based on the conversation going on in the audio, it has been estimated that apart from the political leadership, the party secretary, deputy secretary, governor and vice governor of Guangdong province were also present in that meeting. The audio clip purportedly converts the normal status to war status.

Discussions can be heard on military planning and deployment of the army. It also mentions challenging the independent forces stationed in Taiwan and waging war if needed. In the meeting of the Standing Committee of the Guangdong Provincial Party Committee, a strategy was formulated to create a National Defence Mobilisation Command System, implement a war mechanism and a monitoring system.

This audio has come to the fore at a time when the infiltration of the Chinese army in Taiwan has increased a lot in the recent past. According to a report, in the month of May itself, China has sent 68 military aircraft to Taiwan's airspace. These include 30 fighter jets, 19 spotter planes, 10 bombers and 9 helicopters.

Last year, China encroached on Taiwan's border 961 times in 239 days. In view of China's intentions, Taiwan's Defence Ministry in April released a 28-page handbook for civilians, in which it was told what to do and what not to do during a military crisis or disaster, how to find a safe place during an attack using the mobile app.

It also talked of how to protect yourself from air strikes, fires, building collapses, power outages and natural disasters. Taiwan lies about 100 miles away from the southeast coast of China. It considers itself a free country while China plans that one day it will become part of their country.